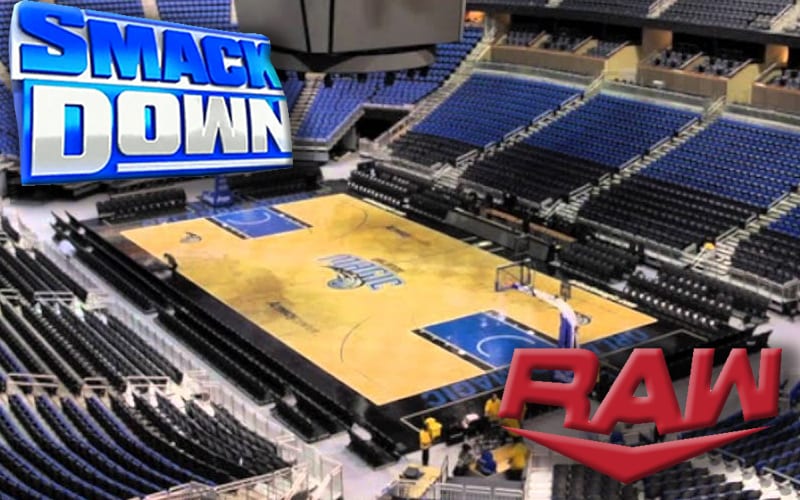 WWE is preparing for a big change to television. Yesterday’s television taping was the last time they plan on running RAW and SmackDown from the Performance Center. They are moving to the Amway Center which has been shut down since March. The company is bringing a lot more to television with this change of location.

It is reported in the Wrestling Observer Newsletter that the location move is an obvious attempt to draw more ratings. They plan on bringing in more “bells and whistles” than they had before. This means that a larger production staff will be used.

It was not noted if WWE is bringing anyone back who lost their job in April. The company is making big plans for their virtual fan experience as we previously reported.

They are looking at doing virtual fans in attendance like baseball and basketball has been doing. There has been talk that the darkness and size of the current building they believe is one of the things that has hurt the ratings. The plan is for a bigger production crew, and more bells and whistles as far as that goes than they can do at the Performance Center.

Fans won’t be allowed in for SummerSlam. Raw and SmackDown will also be fan-free for now. The Amway Center certainly provides WWE with a lot of extra room if and when fans return to their weekly television tapings.