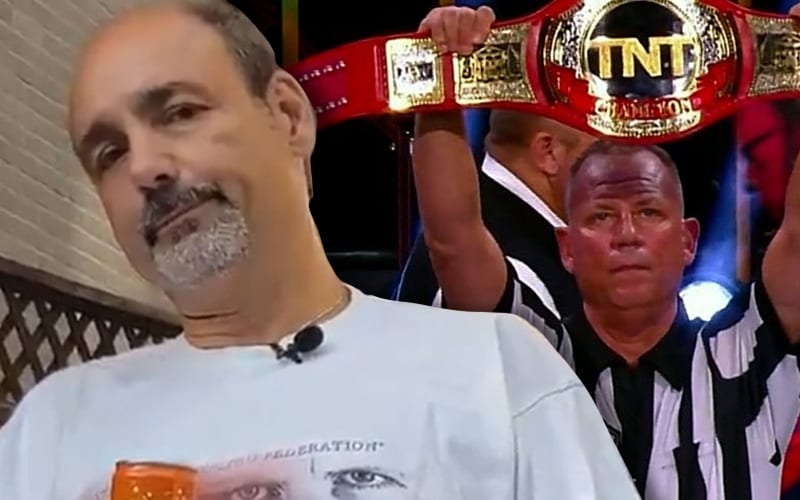 AEW debuted former WWE referee Mike Chioda on Dynamite this week. He was promoted as having 33 years of officiating experience which is true. He still must operate within the confines of the match he’s booked to be a part of.

Former sports entertainment referee Jimmy Korderas is happy for his friend Mike Chioda because he was a job. He said Chioda is a good get for AEW. That doesn’t mean that Chioda was immediately able to put an end to the shenanigans.

During a new Reffin’ Rant, Korderas pointed out Chioda’s four count during the TNT Title match, but he excused it. He called even more attention to Mike Chioda’s involvement in the main event match between Chris Jericho and Orange Cassidy. This was followed by Jimmy Korderas saying that he feels bad Mike Chioda has to be a part of it.

“In the main event — and I know I’m gonna get heat from Le Champion for this one — but [Chioda] gets distracted by fighting way off the stage there and he leaves the ring. That’s typical AEW — that’s the stuff I have an issue with the referees and how they distract the referees. Horrible, horrible and I feel bad that Mike had to be a part of it.”

Mike Chioda will continue with AEW and there will likely be plenty more big matches in store for him. In the meantime, Jimmy Korderas will continue watching AEW Dynamite ever week so he can see if his former co-worker will be able to bring some order to AEW’s matches.