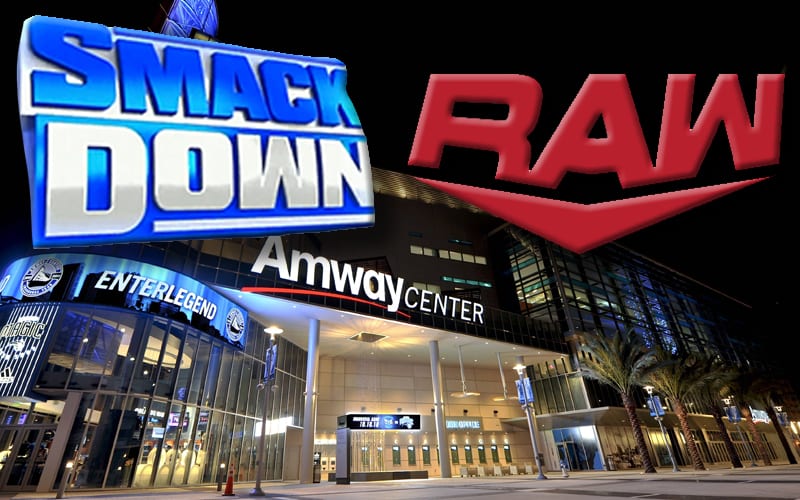 WWE is moving to the Amway Center and that will come with a big change. The location won’t be the only new thing that WWE is bringing to fans.

The company has a lot of ideas. It’s unclear what will see the light of day, but Wrestle Votes is reporting something big the company is cooking up which falls in line with previous reports of a virtual audience.

It is reported that there will be a new “interactive experience” using the 2,500 square foot LED boards around the Amway Center. Fans will appear live on the show which will be hosted by notable names from WWE.

As part of WWE’s new long term residency at the Amway Center, a new interactive experience will be introduced with over 2500 sq ft of LED boards, where fans will appear LIVE on the show, hosted by Superstars & Legends. Applications to appear on screen will open next week.

The company has a lot of options and they’re pulling out all the stops. They might have slowly progressed toward a new normal, but it seems that WWE is finally convinced that if fans aren’t coming back immediately then it’s time for an expensive and long-term change.