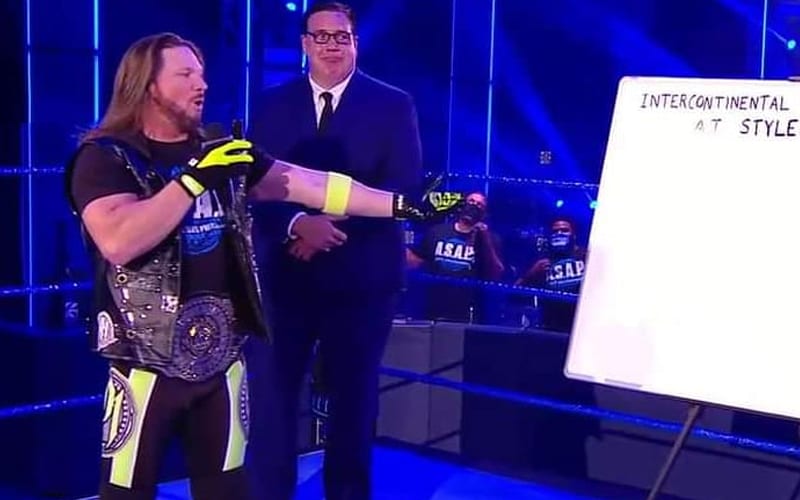 Joseph Parks made his WWE SmackDown debut this week, but it wasn’t without some amount of error. Jeff Hardy grabbed a marker that Joseph Parks handpicked and it happened to be permanent. Now “marker-gate” is a thing.

Following his cameo on SmackDown, Joseph Parks tweeted out a message to AJ Styles. He apologized to the Phenomenal One for his error while he stated that he can bear witness to the atrocities of Jeff Hardy’s assault.

My apologies to @AJStylesOrg, for my dereliction of duty in the “marker-gate” incident on #SmackDownOnFox tonight. That @JEFFHARDYBRAND assaulted you AJ. I saw the whole thing! @WWE @WWEonFOX

We’ll have to see if Joseph Parks continues to appear alongside AJ Styles on SmackDown. As Abyss, Parks and Styles had many interactions in TNA. This could be a new chapter for the two as they take their relationship to WWE this time around.