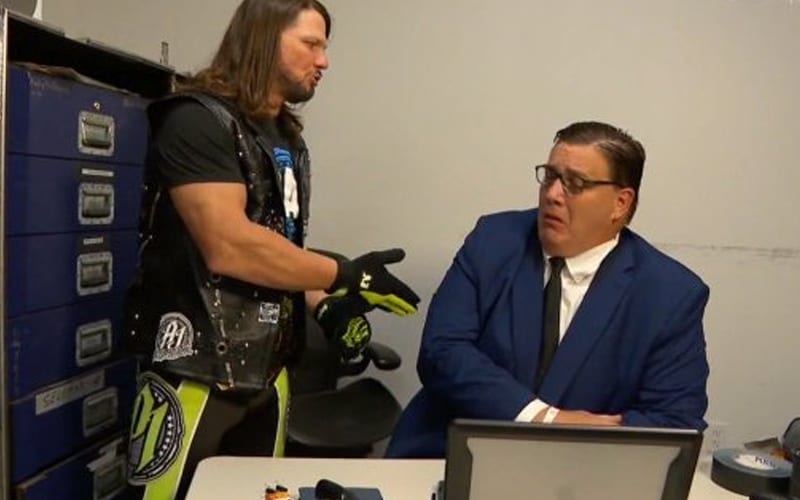 WWE has many famous faces backstage who never come out for the camera. One person they’ve had backstage for a while finally made his SmackDown debut.

Joseph Parks is an agent for WWE. Most fans probably know Parks best as Abyss from Impact Wrestling. The Monster Abyss appeared maskless on SmackDown this week alongside AJ Styles.

Parks stood next to Styles in the ring as The Phenomenal One revealed his new Intercontinental Statistics System. In the end, Joseph Parks didn’t do much except for clap for Styles. He didn’t say anything at all.

Michael Cole wondered aloud on commentary why Joseph Parks was in the ring in the first place. It was still nice to see that he’s still around and doing his job as a producer for WWE. This week Abyss had a little cameo.