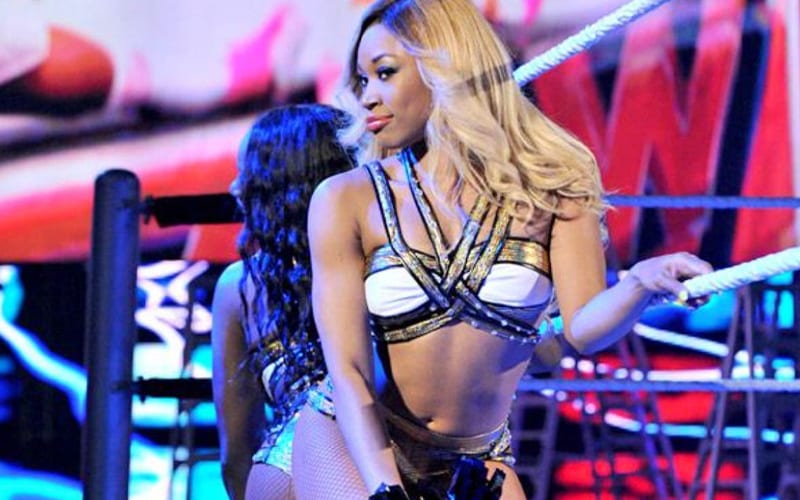 The Funkadactyls are separated right now as Cameron’s release put an end to the idea of a reunion. You can never say never in pro wrestling and the door doesn’t seem closed.

While speaking with Wrestling Inc, Ariane stated that she missed Naomi, and their team. They also have unfinished business and she would love to become 1/2 of the WWE Women’s Tag Team Champions.

“I never like to close any door. Obviously, I miss my sister from another mister, Trin, and I feel like we definitely have unfinished business,” Andrew said. “I didn’t even realize until, what was it, last week when my co-host (Matt Dillon) on which he came on Sippin’ The Tea for the 100th episode was like you guys made history, and we were like how? Because we were the first African-American tag team to ever form and I was like, I never even thought about that, and that was great, but to have the tag titles and be the first Black woman to represent that, I feel like that would be awesome.

Ariane had a quick return to AEW, but the future seems open for her if WWE wants to give her a call. She hasn’t wrestled much at all in the past four years and has remained focused on other projects. She is apparently eyeing a return to the ring. Perhaps a Funkadactyls return will be a part of that.

Do you think that the Funkadactyls will eventually become WWE Women’s Tag Team Champions? Sound off in the comments below!