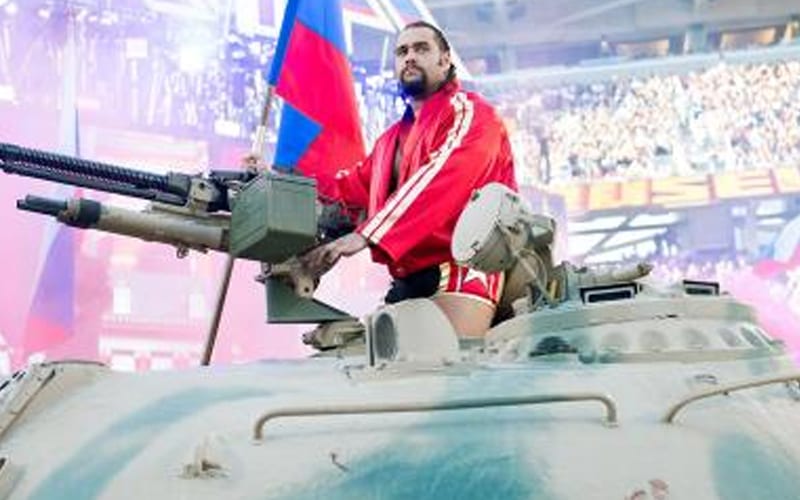 Rusev rode to the ring at WrestleMania 31 in a tank. He lost that match to John Cena, but the moment will live on forever. Rusev might also remember that tank for other reasons.

About nine months ago Rusev and Lana were not getting along on WWE television. He sent out a message to imply that they had sex in the WrestleMania tank. Lana followed that up with an Instagram post yesterday to plug their new YouTube video that was very interesting.

We just had sex in the Black Sea @tobemiro ! And on the tank at Wrestlemania!!!

The video that Lana was trying to hype included herself and Miro sitting at a table eating a ton of seafood while talking about how they got together. It was an anniversary feast, but they certainly picked an interesting way to plug the video.

Now that it’s been put out there twice by both Lana and Miro, doesn’t that mean the WrestleMania tank sex story is now officially true? Sound off in the comments below!