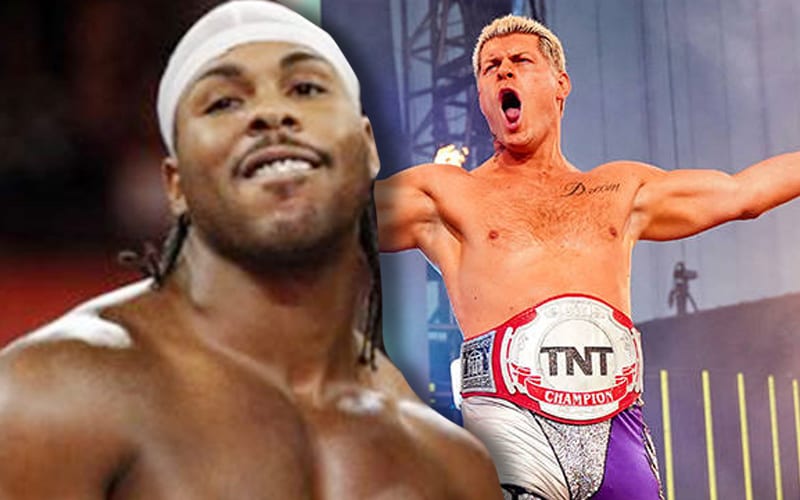 Cody Rhodes was able to defeat Scorpio Sky to retain the TNT Title this week on Dynamite. He still has plenty of challengers left.

JTG has made no secret about the fact that he wants to compete in AEW. His eye is on Cody’s TNT Title, and he continues to throw shots at the American Nightmare.

The Cryme Tyme member posted a short video to mock Cody while including several hashtags to make his point. The video says that JTG has been waiting for Cody.

JTG was sure to use #CODYvsJTG first so fans will hopefully get the message and make that hashtag go viral. After all, Warhorse got his match on Dynamite because Cody Rhodes saw so many #CodyFearWarhorse posts in his Twitter notifications.

We’ll have to see if AEW gives JTG a call, but he has generated a fair amount of buzz so far.