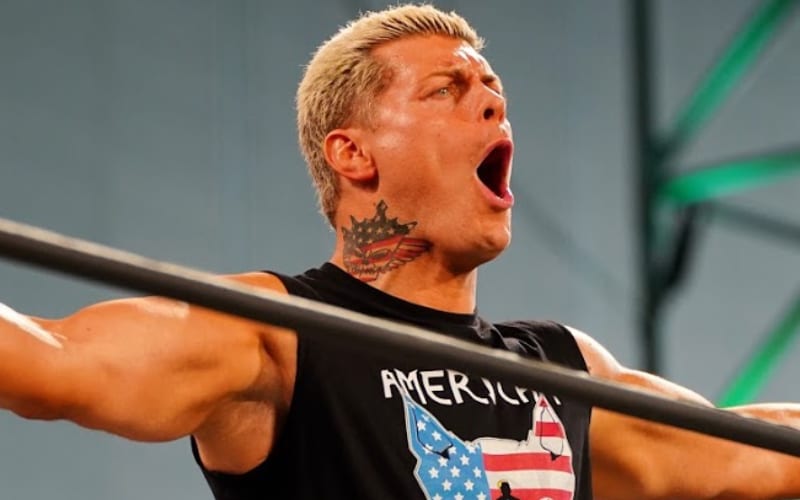 Cody Rhodes will step in the ring with Warhorse this week on Dynamite. This is a match that was brought together due to the internet’s outcry. #CodyFearsWarhorse started invading Cody’s mentions until the match was made. It is a bigger contest than some realize for The American Nightmare.

The TNT Champion tweeted out in response to AEW on TNT’s Twitter account asking fans who will win this week. Will it be Cody, or the AEW newcomer Warhorse?

Cody Rhodes saw this question and he restated his own situation. He has everything to lose this week in this match of a professional vs an amateur.

Warhorse saw this tweet from Cody, and he replied in his typical all caps fashion. “DON’T BEAT YOURSELF UP DUDE I ALWAYS CONSIDERED YOU A PROFESSIONAL.”

We’ll have to see who walks out of Dynamite as TNT Champion. Will Cody lose it all this week on Dynamite? Sound off in the comments below!