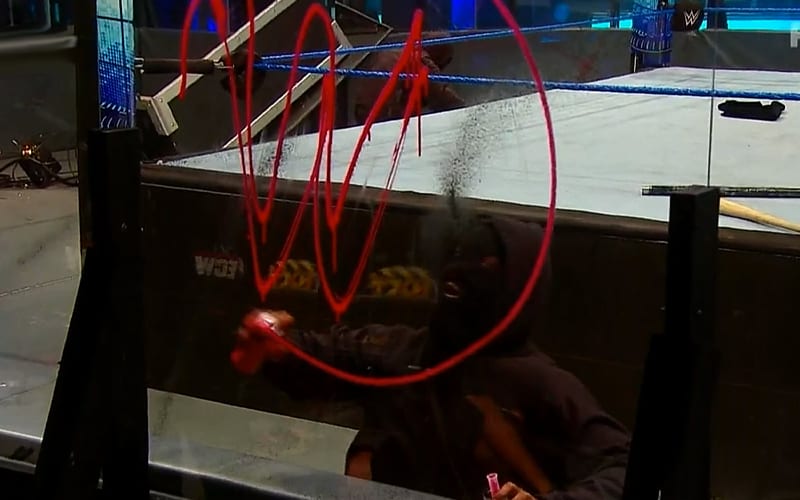 WWE Retribution is the new masked stable that everyone is talking about. Whether people are dragging the new faction’s size or hyping their identities the new stable is generating a lot of buzz.

Dominik Dijakovic was called up to the WWE main roster months ago, but he was never used. After going back to NXT for another couple of matches, he could be preparing for something big.

The words “pull the strings watch them dance” can be read in his profile picture. The words are very faint, but they can be seen if you look closely. He also displayed “we will rise from the ashes” in the same fashion.

This Retribution stable is a very interesting idea, but it could also be something that Vince McMahon forgets about just as quickly as he came up with the idea. Dijakovic’s teases could be a sign of something bigger to come, but he could just be having some fun online.