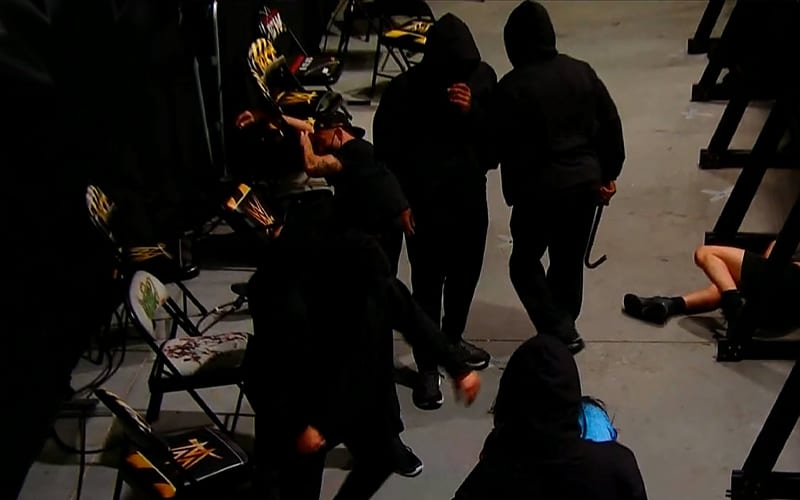 WWE Friday Night SmackDown ended with Retribution coming to the blue brand and wrecking the place. Everything was magically cleaned up by the time 205 Live came around, but this was certainly an interesting ending for SmackDown. Hurricane Helms wasn’t impressed.

The Retribution stable rushed the ring and they had plenty of chaos to leave. Shane Helms made a comment that a lot of people noticed. The invaders were fierce, but they weren’t that big.

We’ve heard plenty of rumors about who is under those Retribution hoods. It could be 205 Live Superstars looking for their spotlight. Then again, WWE might have just put a bunch of random people in black outfits until they figure out who is in the stable themselves.

Who do you think is going to be in the new Retribution stable? Sound off in the comments below!