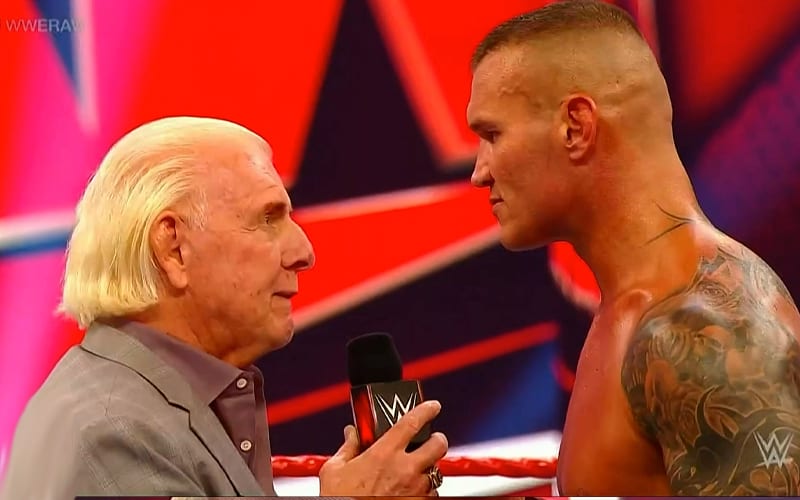 WWE planned to write Ric Flair off television. They wanted to do it much sooner, but thanks to Vince McMahon constantly changing his mind that didn’t air until this week.

During Wrestling Observer Live, Bryan Alvarez said that WWE actually intended to air Orton turning on Flair last week. Since everything was such a cluster going into the last week’s tapings they didn’t get around to placing the big betrayal angle until the final segment of this week’s episode.

“This angle by the way, that you saw with Ric Flair, that angle was supposed to be the week prior. There was that weekend where Vince like threw out the RAW script 8 times and by the time it was time to do the show they have 2 segments — one of them was Randy Orton beats up Ric Flair. By the time the show ended they’d done one of the segments and they ended up doing this segment the week after.”

Ric Flair broke his silence after Randy Orton’s attack. He still had nothing but great things to say about Randy Orton. This is a very interesting storyline, but The Viper certainly picked up a good amount of heat with the closing segment of RAW this week.

Do you think that Randy Orton and Ric Flair will reunite? Sound off in the comments below!!!