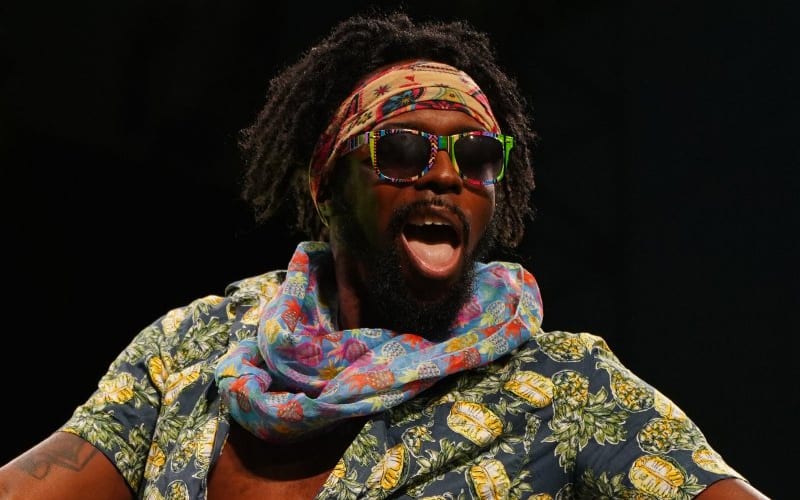 Pineapple Pete made several appearances for AEW and even had a little storyline with Chris Jericho. That time has come to an end.

AEW invited a lot less people to stand around ringside during their last set of television tapings. Pineapple Pete was not a part of that taping.

Sugar Dunkerton brought some attention when he sent out a tweet that gave the impression his time in AEW is over, but he’s keeping his phone on.

6 months longer than anyone, even myself, predicted. A worthwhile journey for every single second. But as the song goes:

I still haven’t found what I’m looking for…

Think I’ll go find it. My phone is on, just not planning to wait by it.

One fan tweeted out that they has a feeling something went one between Pete and AEW. Sugar Dunkerton cleared things up and said that it was an amazing experience, but all good things must come to an end.

Nah. I was used in an extraordinary situation. Situation changed. Nothing promised. There had to come a time. We’ve reached that time. Now we tell some new stories. No saying we can’t open this one back up, just not right now.

The story isn’t over with AEW and Pineapple Pete. All they need to do is give him a call. It seems that they no longer need him around for the time being.

AEW piped in crowd noise last week during AEW Dynamite. This was to make up for the lack of a live crowd at ringside.