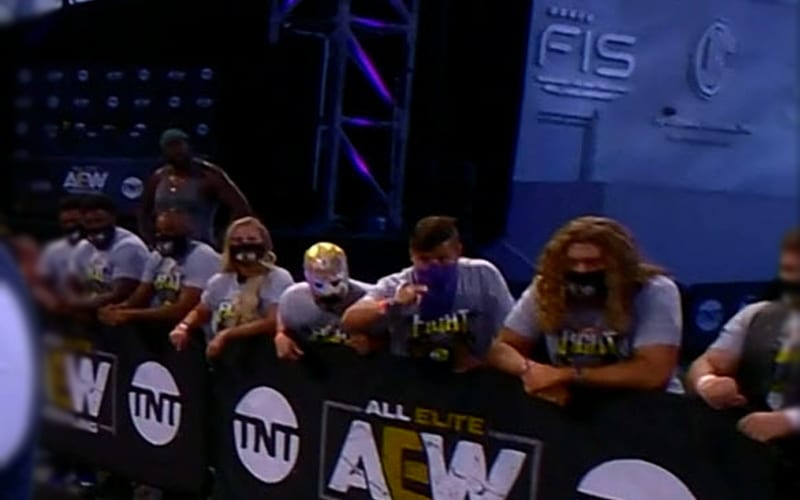 AEW was the first pro wrestling company to put their stars around the ring to make up for an absence of live fans. They also brought in some extras to fill in and create some form of live atmosphere. The company cut down on that this week for some reason.

The Wrestling Observer Newsletter noted that AEW cut back on the number of people they brought in as extras. Pineapple Pete wasn’t brought in which is interesting because he’s been a mainstay at ringside throughout practically the entire pandemic.

While not getting a lot of pub, they have cut back on extras that were being brought in weekly. Pineapple Pete was the biggest name not brought back

We’ll have to see if AEW brings people like Pineapple Pete back later on. It really does add a lot to a match if there are voices cheering or booing around the ring. Pro wrestling loses a lot without that live fan element which is apparent.

AEW is also being careful about the coronavirus. Nixing some people at ringside will also limit the possibilities of infecting someone in the company’s bubble.