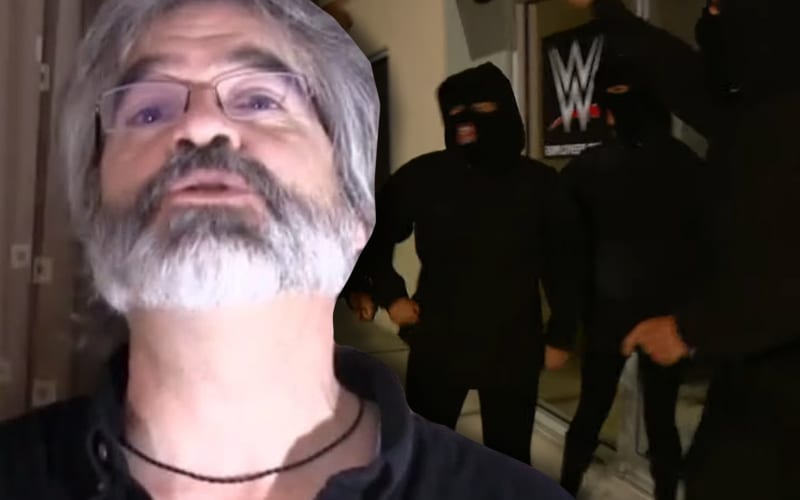 WWE’s new Retribution stable is drawing a lot of attention. A lot of fans really like to talk about how none of them seem to be the largest invaders ever.

The topic of Retribution’s size has been a very popular one. There could be a reason for that considering clues fans have uncovered about their identities.

Vince Russo is paying attention to WWE television. He recently took a shot at the Retribution gimmick for looking like a bunch of kids running around the neighborhood causing hi-jinks like Dennis The Menace.

Just heard that @WWE was forced to kill the “Anarchist” Angle.

Reason Given: Mr. Wilson caught them tee-peeing his house and called all their mothers!!!

We’ll have to see where WWE goes with this Retribution faction. Vince McMahon is coming up with everything as he goes along. This is a tactic that is making for some very unpredictable television.

Do you think WWE should give Vince Russo a call and see what he thinks they should do? Sound off in the comments below!