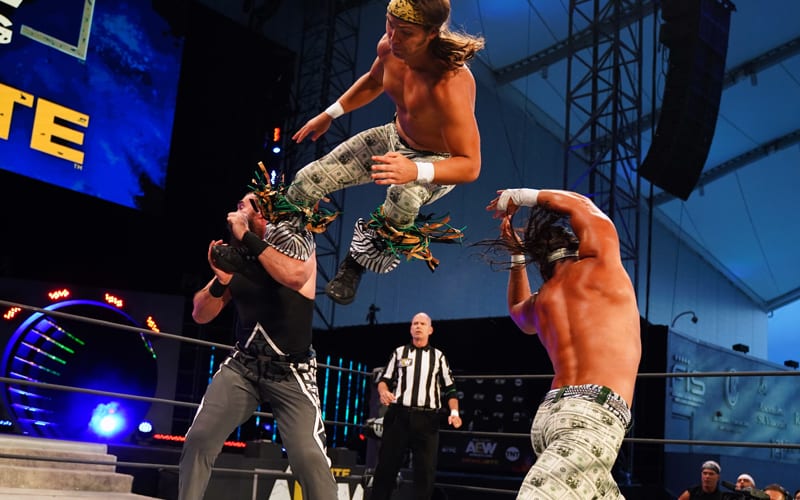 AEW presented a taped episode of Dynamite this week and that gave them the opportunity to play with the audio a little bit in post production.

It was previously noted that AEW didn’t have as many people standing around the ringside area as they normally do. People like Pineapple Pete weren’t brought in and he is a regular.

The Wrestling Observer Newsletter also noted that AEW piped in crowd noise in post production. Tony Schiavone also came in and read lines that producers might have missed when calling the action live.

They did seem to pipe in crowd noise like WWE does, but the people in post are a lot better because the noise fit much better with the action. Also, Tony Schiavone went back in studio during the week and cut new lines for stuff that was missed which you couldn’t do on a live show like last week.

It was noticeable during the broadcast that some of Tony Schiavone’s lines were coming in a bit different than the rest of the commentary. This is why that was the case.

AEW is doing what they can to present the best show possible as they continue the road to All Out on September 5th.