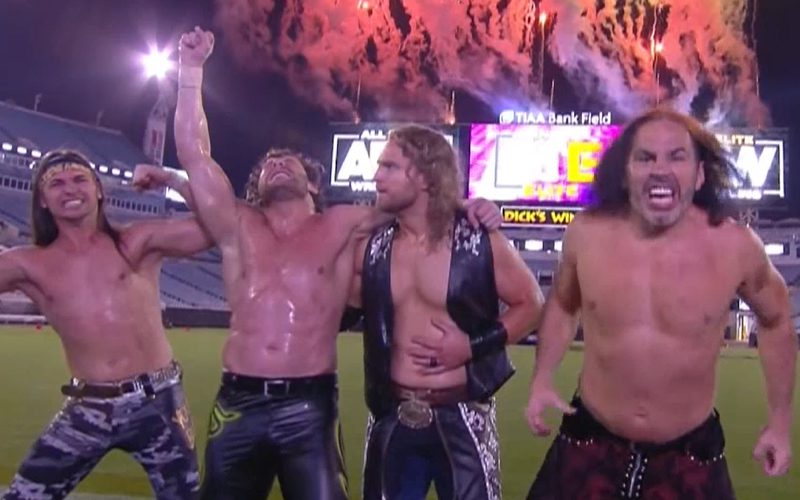 AEW debuted the Stadium Stampede match idea at Double Or Nothing and it looks like there will be plenty more to come. If AEW wishes to revive the idea they certainly can now that they own the name.

Recent trademark filings show that AEW registered a trademark for Stadium Stampede on August 6th, 2020. This match was a novel concept as AEW used the entire TIAA Bank Field.

The new trademark covers the usual gambit indicated in pro wrestling trademarks. As you can see is now able to use the stadium stampede name in just about any way they might need to.

The Stadium Stampede match might make its return at the next Double Or Nothing event. They received a mostly positive reception for the match the first time around. Of course, there were some detractors, but it appears that AEW will continue with the idea.