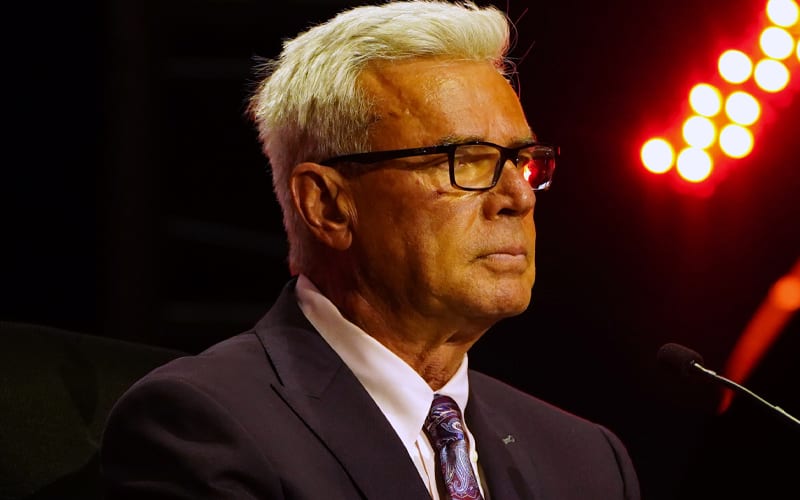 Eric Bischoff has worked all around the pro wrestling world. He’s seen the backstage chemistry of many pro wrestling companies, and he recently got a chance to check out how AEW does things.

During 83 Weeks, Bischoff spoke about how AEW creates their television show, and he seemed impressed. The AEW powers-that-be are actually having fun as they work out a match backstage and try to tell a story.

Obviously, Eric Bischoff has been in companies where people weren’t having as much fun while coming up with the stories they intend to tell in the ring. In the end, it might have been a one-time cameo for Bischoff, but he had a wonderful time.

“When I went backstage at AEW, the first thing I noticed is wow, these guys are actually having fun trying to figure these things out. These guys are actually having fun trying to lay a match out in a way that not only entertains the audience but advances the story. You could tell, I could hear some of the conversations as I was walking by, these guys are working hard to get each other over, they’re not just working hard to get themselves over which you have to do.”

“When you get to that point, and you’re coming at it with a frame of mind of how can I make my opponent look better than me and your opponent is looking to do the same thing, that’s when the magic happens. I can’t say enough good things about the talent, the energy backstage, the hospitality, the professionalism, it was really a great experience for me.”

“The process for professional wrestling has evolved to the point where everything has been so scripted. Now that AEW is approaching it differently, it’s a collaboration. I’m guessing they fill in a lot of the detail and the colors in a collaborative way the day of the show, that was my impression. That’s going back to the future, that’s the way it used to be when it was good, when talent had a lot of input into their promos and characters. That’s the collaboration that in my opinion, made wrestling so much fun to watch.”

The pro wrestling business has evolved and AEW has been a big part of that in the past year. They will continue on, and Eric Bischoff might get another invite down the line. It wouldn’t surprise us at all to see Bischoff come back since he seemed to really enjoy his debut with the company.