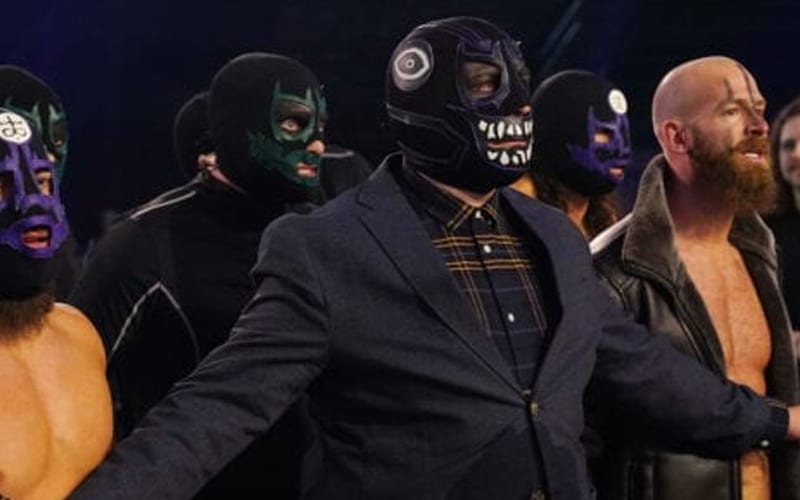 The Dark Order debuted on AEW as a huge evil faction with creepers making their way all around the ring as they formed a human throne for Evil Uno. They are a bit different now as the faction was able to evolve though the months. They have also grown in numbers.

Members of the Dark Order are often just refereed to as a number. Few actually have their names referenced. One hooded member of the sinister Dark Order was recently revealed.

During a conversation about the Dark Order on Wrestling Observer Radio, Dave Meltzer mentioned that Brandon Cutler is playing the role of 9. This is news for a number of fans as it was not previously called attention to on AEW television.

Other members of the dark order might never have their names revealed. Brandon Cutler is known to AEW fans as not only the Young Bucks old friend, but also the cameraman for Being The Elite.

We’ll have to see what’s next for the Dark Order. They are not slowing down The Exalted One continues to lead the heel faction onward.