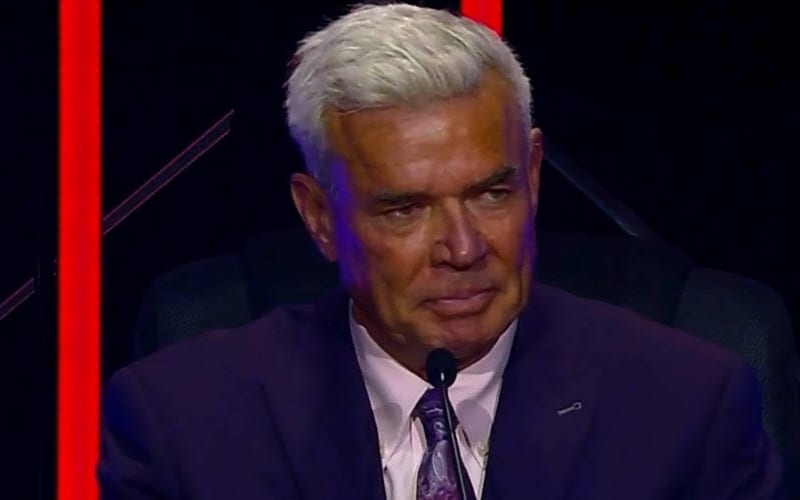 Eric Bischoff showed up on AEW Dynamite this week to take part in a Great Debate segment between Chris Jericho and Orange Cassidy. Easy E played his part perfectly, but is there anything else in store?

Right now it doesn’t appear that Eric Bischoff and AEW have anything in the pipeline. PW Insider reported that as of right now there was only a plan for Bischoff’s appearance to be a one-off deal.

You never know if they could bring Bischoff back down the line. There are a lot of ways he could be used in their storylines, or as a special guest. Right now it appears that AEW fans will just have to enjoy what bit of Eric Bischoff they received this week.

Bischoff and Tony Khan had a chance to speak during a recent AEW countdown special. Khan credited Bischoff and WCW for giving him the ability to breach talks with TNT.