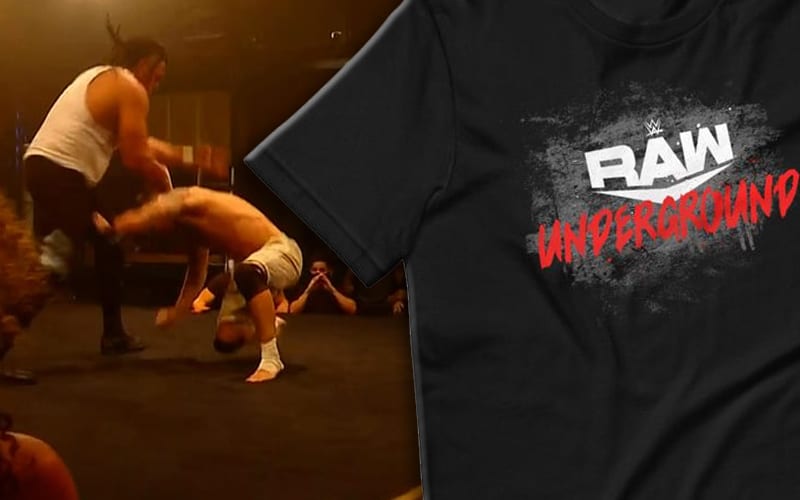 WWE debuted Raw Underground last week, and it took them a week to get the merchandise rolling out for this idea. They now have two t-shirts available for the new Shane McMahon-led recurring segment.

Raw Underground generated a lot of discussion last week. They also filmed a segment for RAW this week that kept them at the Performance Center until around midnight on Monday.

Ringside News had an exclusive report on the possibility of adding a title belt to the mix on Raw Underground. Anything is possible right now.

The jury is still out on including women in the fights. WWE is making thing up as they go in this instance, but that shouldn’t be a big surprise anymore.