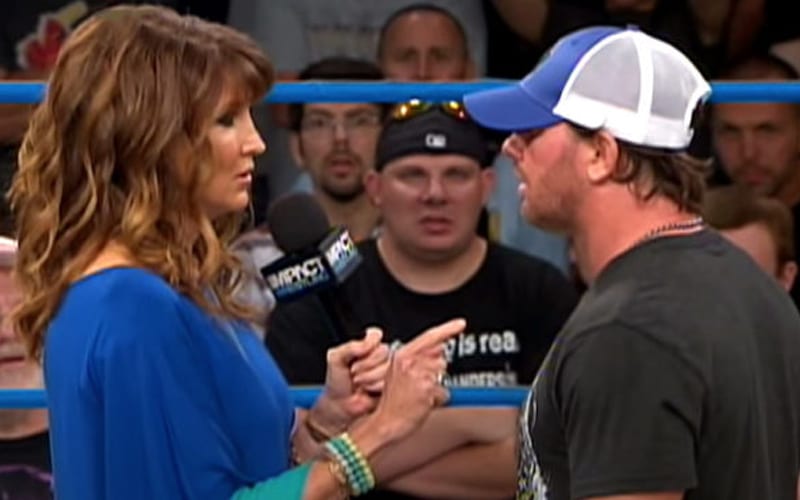 AJ Styles left Impact Wrestling for NJPW, and then he ended up in WWE. Styles and Dixie Carter worked together on many angles, but they haven’t spoken in a long time.

During a recent Twitch stream, AJ Styles was asked when he last spoke with his former boss. He said it’s been a while since they talked last. Their last communication took place because Carter ran into a sick child who was also a big AJ Styles fan.

“It’s been a while [since we talked]. There were a couple – maybe a year or two ago, or maybe more than that, she called me and asked if I would say hello to a little boy who was sick. So, of course I did that.”

AJ Styles also spoke about the fact that his age now limits his move set a bit. Things are always changing in the pro wrestling world as time continues to move on.

Dixie Carter has appeared on WWE programming in the past couple of years. She is always happy to speak about her time with Impact Wrestling and those stars she worked with. It’s possible that she could appear more often as WWE continues to look at the past careers of their current Superstars through documentary specials. Perhaps WWE could set up a special reunion for Carter and Styles while they’re at it.