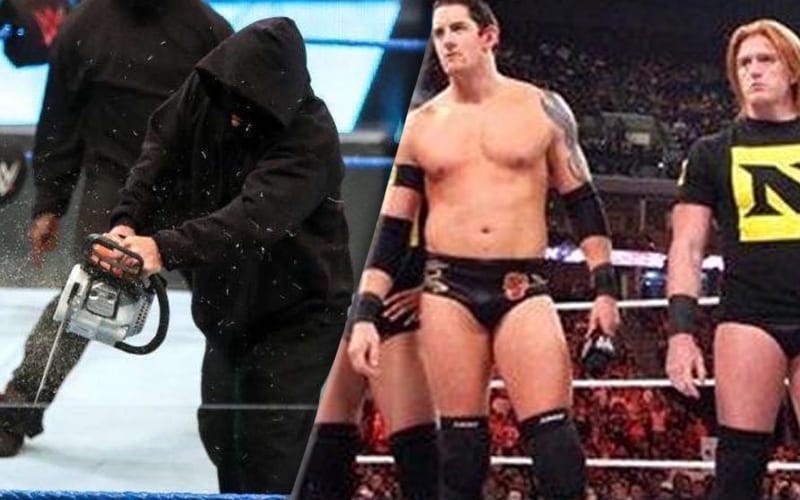 WWE had a new faction invade SmackDown last week, but that’s not the first time an invading army of Superstars crashed one of Vince McMahon’s shows.

Jimmy Korderas opened up about the new Retribution stable during a recent “Reffin Rant.” He wasn’t impressed with a few aspects of Retribution.

After taking a shot at Retribution’s size, Jimmy Korderas then compared them to NEXUS and said the two really can’t be compared to each other.

“On SmackDown it looked like we had a bunch of teenagers attacking the ring attacking everybody at SmackDown at the Performance Center and causing chaos and havoc or whatever you wanna call it. Nothing like what happened with NEXUS several years earlier. The two are night and day.”

Jimmy Korderas also stated that there were two surprise endings this week on WWE television. NXT’s ending with Pat McAfee punting Adam Cole in the head was a segment that worked far better in Korderas’ opinion.

It’s unclear what WWE is going to do with Retribution. As Ringside News exclusively reported they aren’t even certain who will be in the new stable just yet.