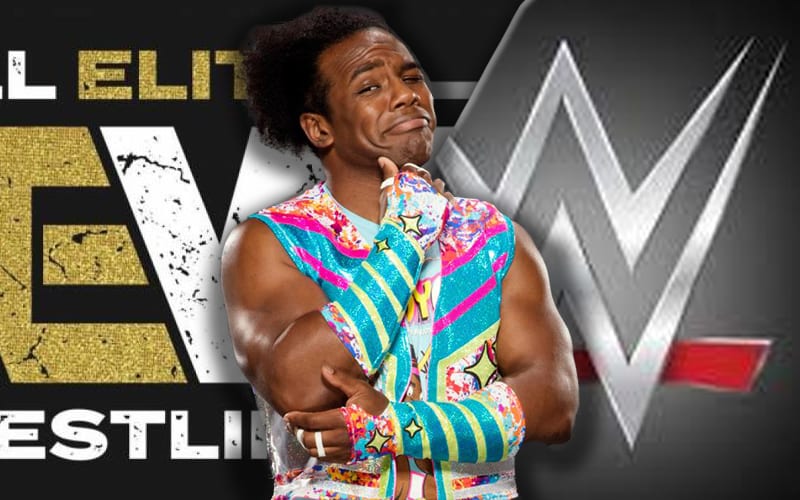 WWE and AEW don’t really get along, but Xavier Woods would love to change that.

Two Man Power Trip of Wrestling recently spoke to Xavier Woods who is still out of action with an Achilles injury. He’s not talking about his return time table although it could be coming up soon. Woods’ time on the DL isn’t going to stop him from concocting some big ides for the future.

Kenny Omega and Woods are friends through the video game world. The two are also heated rivals. They’ve played Street Fighter, but he would really like an interpromotional match with the Cleaner.

“Kenny Omega has been on my YouTube show before and so have the Young Bucks. We have been able to do a Street Fighter Tournament together with a wrestling spin on it of course with the contract signing and cutting promos on each other beforehand. Using video games as a conduit we have been able to do something no one else has been able to do. That rivalry is still going strong today and I’m pretty sure it will never end. I would love to do some sort of interpromotional match with him one day.”

“The goal is to destroy boundaries. Do things that we aren’t supposed to be doing because people would really enjoy it. Given the right circumstances, I do think it could happen, but we’ll see.”

Woods said that “given the right circumstances” the match could happen. Those circumstances would probably have to include Woods signing with All Elite Wrestling. Even if Kenny Omega signed a contract with WWE it might not be on Vince McMahon’s agenda to make a match with Omega vs Woods happen.

You never know what can happen in pro wrestling. Woods signed a new deal with the New Day last year as all three members inked identical five-year contracts.