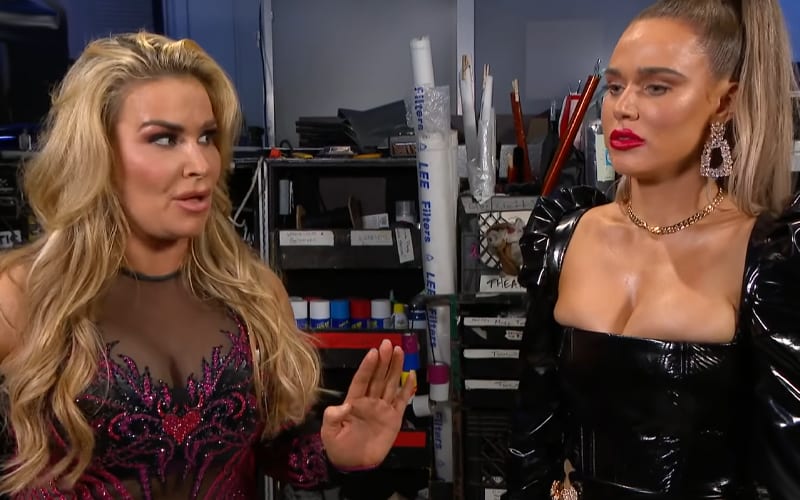 Natalya and Lana were paired together on WWE television, and then both of them disappeared. The duo might have taken a break, but they’re not finished.

Scott Fishman tweeted out that “we need more” of Lana and Natalya’s tag team. This was replied to by Natalya who confirmed that that will be “coming soon.” She also included a big blue heart emoji.

WWE’s plan was to go with Natalya for SummerSlam as Asuka’s opponent. They changed everything around when Natalya was not available. The back-up plan was Shayna Baszler, but Vince McMahon obviously decided on a completely different direction.

WWE had to change a lot of things around as they worked through the COVID-19 pandemic. You never know what can happen down the road because WWE is reportedly going live after SummerSlam.

Natalya certainly can’t wait to make her way to the ring once again with Lana by her side.