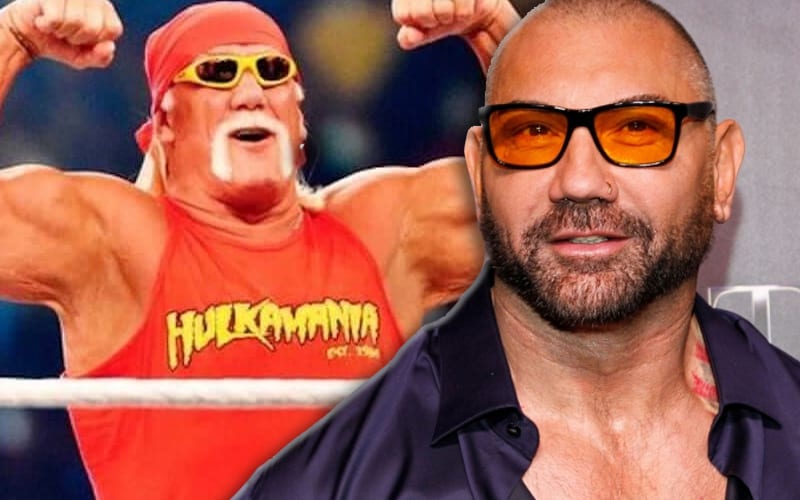 Batista entered WWE through OVW where he learned the basics of pro wrestling in a class of incredibly gifted entertainers. His class of OVW alumni included Brock Lesnar, John Cena, Randy Orton, and more. Needless to say, Batista needed to learn fast, but he had some issues with his promo work.

Delivering lines is no issue for Batista now as the Guardians Of The Galaxy star is able to bring it on the microphone. There was a time when he was first starting out and terrified to cut a promo.

While speaking with Sports Illustrated, Dave Bautista opened up about channeling Hulk Hogan and “Macho Man” Randy Savage to get him through some of those early experiences on the microphone.

“Since the beginning of my wrestling career, I was so terrified to be on the microphone, so I’d subconsciously channel a bit of Hulk Hogan and the Macho Man.”

“Even when filming Room 104, and it isn’t intentional, that’s who I channel. That is my first childhood connection to professional wrestling. I remember I did this interview years ago where it came across like I was doing this impersonation of Hulk Hogan. It wasn’t my intent but that’s the way it came off, and I remember saying, ‘This just isn’t me. I’m just not that guy.’ I later saw Hogan at a show and he asked if I was making fun of him. I said no, I didn’t mean that at all. That’s just my first connection to professional wrestling. They did promos a certain way, and it still impacts my work.”

Dave Bautista plays a former pro wrestler on Room 104. He initially told his agent that he didn’t want the role because he tried very hard to separate those two worlds. He obviously changed his mind and now we’ll get to see Batista playing a retired wrestler that isn’t himself.