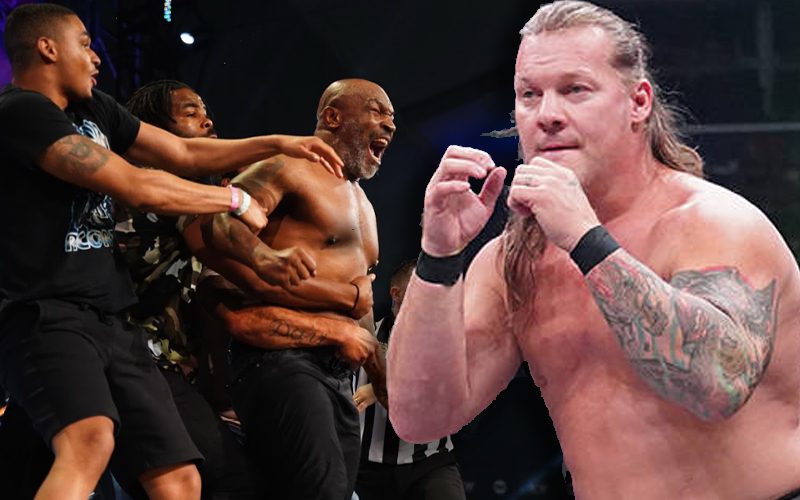 Mike Tyson is currently preparing for his boxing return against Roy Jones Jr on September 12th. He might be busy, but Le Champion still has a score to settle with the former heavyweight boxing champion.

During his Saturday Night Special, Chris Jericho stated that he’s not done. The idea is to have something else down the line. Tyson’s fight against Roy Jones Jr. might be standing in the way of a match happening, but AEW will have other pay-per-views down the line.

“That’s the idea, We’re not done yet. He had this fight with Roy Jones Jr. on September 12, which cut down any chances of a match with me on the 5th. Like I said, I get that it’s a lot of money at stake and that’s fine. I’m not going anywhere. We have another PPV in November and we’ll see what happens. I’m ready to kick his ass at any point of time.”

“I’m not scared of him. I’ll tell you that right now. People think I’m crazy, it’s because I am.”

AEW obviously has the money to bring in Mike Tyson and they have already seen a boost in public exposure because of having Iron Mike on for two shows. We’ll have to see what’s going on down the line, but the story with Tyson and Jericho is far from over.