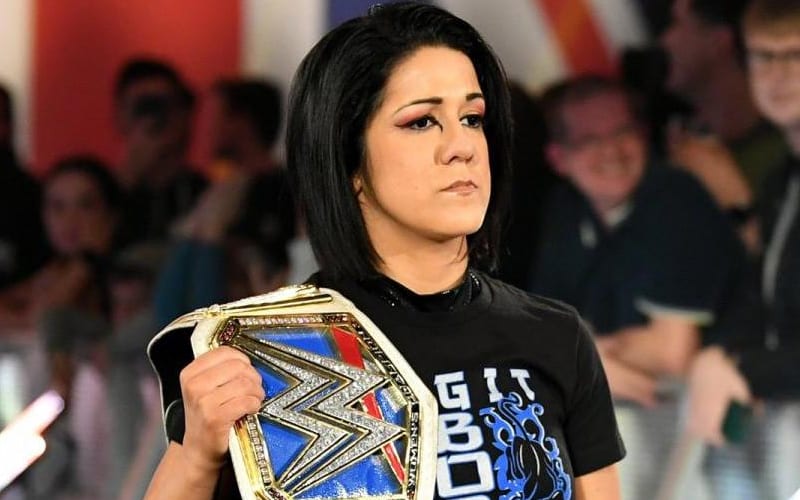 Bayley’s heel turn came with a new look. She murdered her Bayley Buddies and hasn’t turned back since. Now Bayley is striving to remain a role model and SmackDown Women’s Champion.

While speaking to Sporting News, Bayley revealed the events surrounding her haircut. She actually chopped her hair off during the day of her big reveal. This gave very little time for anything to be spoiled. She still wasn’t sure if she made the right decision.

Bayley said that she’ll go even shorter with her hair now as she tries new things. It was a big change, but her new short hair seems to be working well.

“I had to just cut away the old life I was living, so that was the symbolic thought behind it. But honestly, the night that I came out with short hair, I just did it that morning, or that afternoon, actually, in the arena. Jackie, who is my awesome makeup artist that works with WWE, is also a hairstylist. So she came up with this idea, and it matched my idea, and we went with it. I feel like every time she cuts it for me, we just keep going shorter because I’m like, ‘You know what, screw it. Let’s try it.’ So I’m just in that stage of trying different things. I love it. At first, I was in shock, but now I love it, mainly because I don’t have to use as much shampoo or conditioner and not as long on the hair dryer.”

Bayley might have doubted herself. Then she showed her new haircut to Vince McMahon. The Chairman loved it. Things were even better for Bayley when she showed her fiance Aaron Solow who also gave it his vote of approval.

“That whole day when I first did it I was like, ‘Oh, my God, I made a mistake. What did I just do?’ I actually had to go see (WWE chairman) Vince (McMahon) to show him my hair. Once he saw it, he was like, ‘Oh, I love it, looks awesome.’ Then that calmed me down a little bit. But then I also had to come home to my fiance. He loves long hair and he was like, ‘Oh, no, I like it, looks good.’ I was like, ‘OK, I feel a little bit better about it.’ So I’d say it took about four days to where I was happy with the choice.”

Even if Bayley hated her hair, it will grow back. Her new hairstyle did set off a revamped character which painted a very clear picture that the old babyface Bayley is long gone.