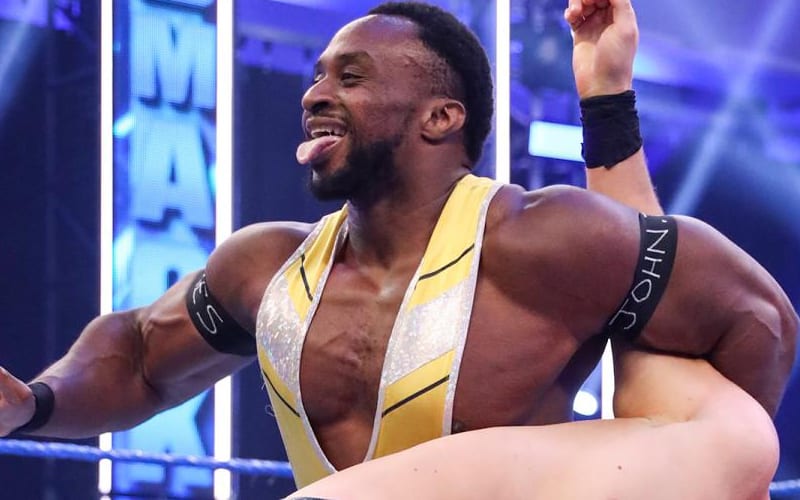 Big E is getting a singles run in WWE, but he is still rolling his way to the ring in typical New Day fashion. He doesn’t want to change things up and believes all three members of the stable can be successful on their own, and still remain together.

During WWE The Bump this week, Big E spoke about his Intercontinental Title run early in his career. He watched a 27-year-old version of himself react to his championship win. After saying that he hates watching himself, Big E discussed his IC Title run and how that was just a sampler of what he has to give now.

“I will say as far as one I’ve been a part of I’d have to say I think it was 2015 at SummerSlam where we started our longest reign in Brooklyn — I don’t wanna say that was our ‘we made it moment’ because I don’t ever want to see like I made it so I can coast. That was that felt like, ‘alright that was dope.'”

We’ll have to see what WWE has in store for Big E. It seems like this is mounting to something for him, but in today’s climate there’s no telling what Vince McMahon will decide to do next.

There were plans to turn Big E heel last year as Ringside News exclusively reported. The New Day continued and now Big E is on to the next chapter of his career. At 34-years-old, Big E still doesn’t want to think he’s “made it” yet.