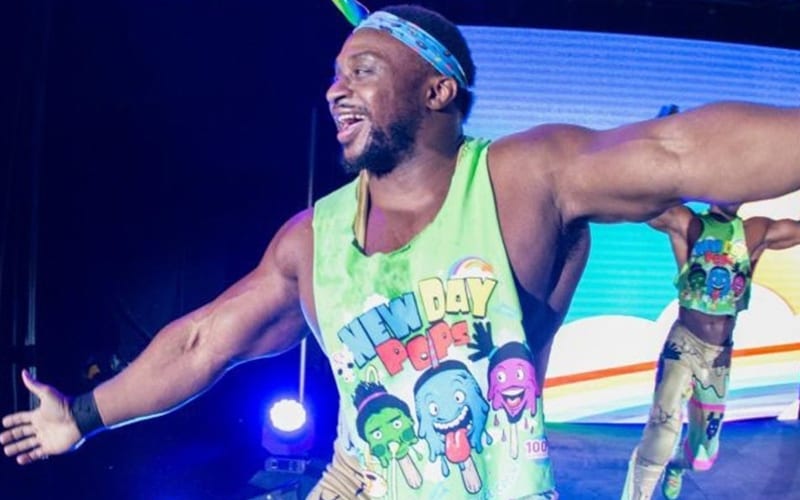 Big E is starting a singles run in WWE, but the New Day aren’t breaking up because of it. The New Day entrance music and graphics are still featured with Big E as he makes his way to the ring. This is the way he wanted it to be.

WWE was close to turning Big E heel last year as Ringside News exclusively reported. There were also plans to break up the stable, but they didn’t come to fruition. Big E recently opened up on The Bump about how there isn’t a need to break up the New Day.

He stated that their brotherhood can continue as singles stars rooting for each other. He doesn’t understand why one member must stab the others in the back before they can achieve success on their own.

Big E had a run as a singles star before, but the company has also flanked him with people who can have his back as well. He could stand on his own, but the New Day’s bond is so great that there isn’t any need to. He certainly doesn’t want to see the stable come to an end.

Can Big E become the second New Day member to hold a major WWE Title while remaining a member of the stable? Sound off in the comments below!!!