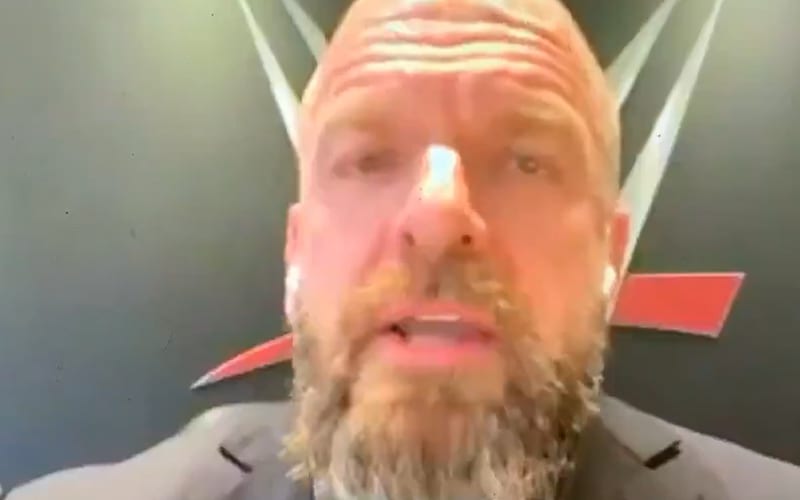 Triple H wasn’t happy with Pat McAfee when the former NFL punter kicked Adam Cole in the head during NXT this week. This caused a lot of chaos and The Game was open to talk about it the next morning on Get Up ESPN.

Triple H didn’t waste any time laying down the challenge. He mentioned that they have a big TakeOver on August 22nd, and Pat McAfee is now invited.

“This is gonna be two guys one on one going at it and my bet is while Pat can run his mouth and he’s a tough guy he’s gonna walk out with Adam Cole’s boot sticking out of his butt.”

Adam Cole and Pat McAfee’s feud has been building for quite some time. Things recently came to a head during McAfee’s radio show. Then they took the fight to Adam Cole’s territory. Triple H has now stepped in to lay down this big challenge.