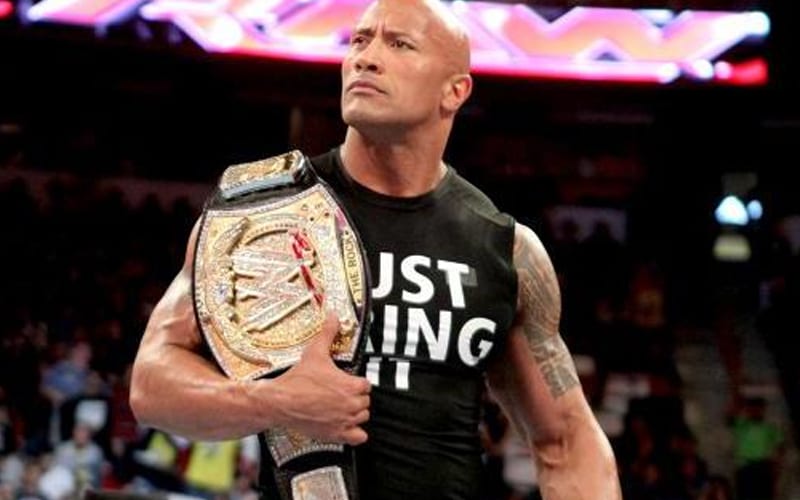 Kofi Kingston’s big win at WrestleMania 35 will forever be known as KofiMania. This was a huge moment for African American wrestling, but Kofi Kingston doesn’t want people to forget about The Rock.

During Table Talk. Kofi Kingston opened up about The Rock counting as an African American WWE Champion. He said that Dwayne Johnson should absolutely count. Kingston also spoke about how much pride he has for himself as the first African-born WWE Champion.

“It’s silly that people try to not count The Rock in that category because regardless of what you look like, you are what you are. He’s black. Whether he’s half-black, he’s black.”

“I take a lot of pride in that sentiment (of being the first African American born WWE Champion). For a long time, people of color, especially African Americans have been waiting for someone who likes exactly like them to hold that title. On Twitter and social media, the moment it happened, I got so many messages and tears. The video of MVP and Shad [Gaspard] crying — [MVP] doesn’t like when I bring that up, that he cries, because he wants to be a tough guy — what’s important to me is to be able to inspire people to go out and do great things.”

“Winning championships is cool, when I was a kid, that’s what I wanted to do. The more seasons I’ve become, the more I realize it’s all about paying it forward and being able to motivate people to follow their dreams. For me to be someone that young African Americans can look to and say ‘anything is possible because I saw it happen’ is a big difference than saying ‘anything is possible’ in theory.”

“There were so many people who never thought they’d see the day when someone who looked like them got to be WWE Champion, and it did. When you think about where we were in wrestling 100 years ago or even 50 years ago, you just didn’t see African American people in positions of championship or substance. Last month, the majority of the champions were African American. We’ve come a long way as a society to be in this position. We take a lot of pride in that.”

The Rock is an 8-time WWE Champion and 2-time WCW Champion even though he never wrestled for World Championship Wrestling. He shouldn’t be overlooked for any of his accomplishments including being an African American WWE Champion if you ask Kofi Kingston.