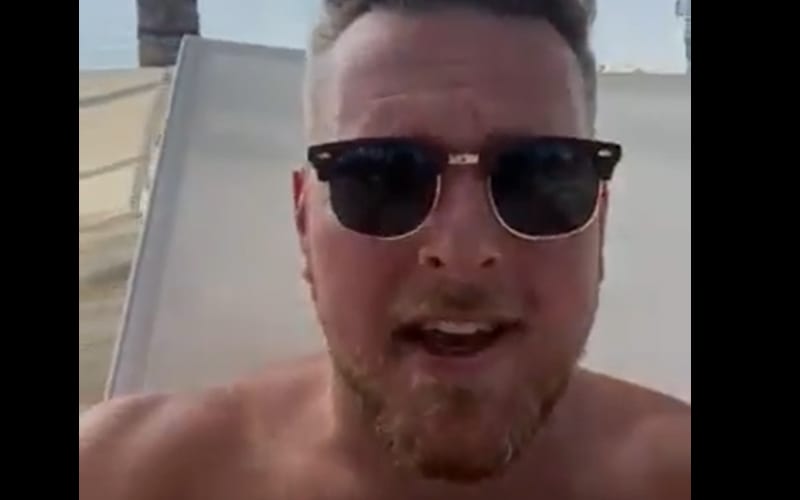 Adam Cole showed up on Pat McAfee’s show a little while ago, and he ended his interview in a profanity-filled tirade before storming out. McAfee returned the favor this week on NXT.

It took McAfee a bit longer to reply, but he did end up accepting the challenge. McAfee released a video where he promised to put an end to Adam Cole’s reign on top of NXT.

I kicked @AdamColePro’s head off of his body last night on #WWENXT.

I didn’t want to do it, I HAD to do it. He ASSAULTED me with a bottle.

Then I got physically kicked out of the building by @TripleH.

Kyle O’Reilly wasn’t happy with Pat McAfee at all. He stated that McAfee doesn’t deserve to be 50 feet from a pro wrestling ring after the stunt he pulled on NXT this week.