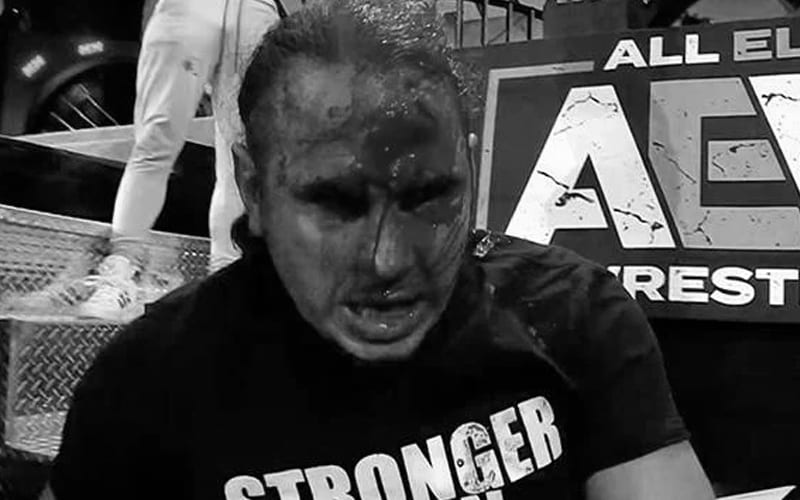 Sammy Guevara hurled a chair at Matt Hardy’s head this week on Dynamite and he split the legendary performer wide open. Blood rushed from Hardy’s head during that spot, and it was not planned at all.

Matt Hardy had to get 13 stitches in his head to close up the wound. Reby Hardy was furious about this spot, but she wasn’t alone. This was an unplanned bloody spot that also upset a few people backstage.

Bryan Alvarez noted on Wrestling Observer Radio that Sammy Guevara got a “very stern talking to” by several people when he got to the back.

“Sammy got a very stern talking to from a number of people who were very upset with this. Obviously he was not supposed to throw the chair at full-force into Matt Hardy’s head. I don’t know what happened. I guess he got excited, but that was brutal.”

There was a lot of blood on a show that wasn’t supposed to have that kind of gore. It also took away from Jon Moxley who did later bleed during the World Title match, but that was likely planned.

Sammy Guevara and Matt Hardy’s feud wasn’t intended to take that kind of a turn this week on Dynamite. We’ll have to see where they go from here.