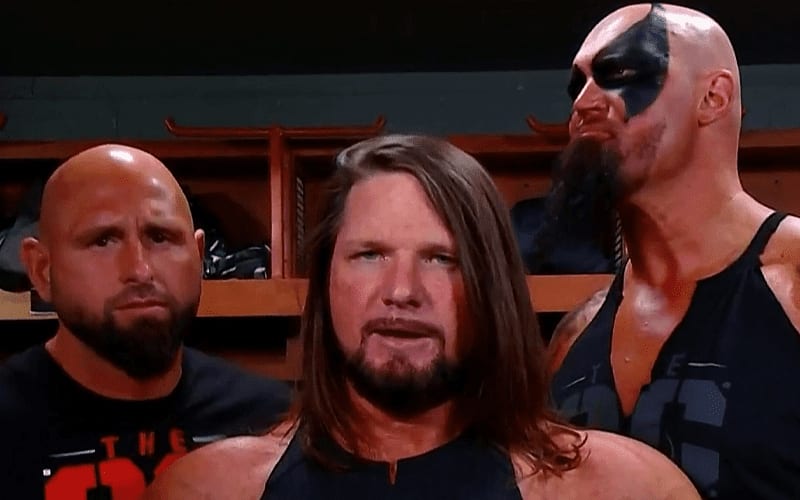 AJ Styles and the Good Brothers were separated by company lines. Is there a chance of bringing them back together?

Karl Anderson and Luke Gallows revealed in a recent interview with Sportskeeda that they’re trying to bring AJ Styles back to Impact Wrestling. The Good Brothers have already made themselves at home at Impact and it looks like they want their pal AJ Styles to jump ships as well.

Gallows: He called when he knew that it was actually confirmed but, you know, he’s busy doing his schedule in WWE and we were busier than we’ve ever been. Putting together all the stuff we’re working on so he called and said he was happy once it was done but I don’t think we ever actually went to AJ for advice on whether we should do it or not.

Anderson: Ultimately, we’re going to talk AJ Styles into coming back to IMPACT. That’s what we’re doing every single day. We’re texting him and telling him to come back.

In a recent Twitch Stream, AJ Styles talked about this situation. The Phenomenal One said that The Good Brothers are indeed trying to pursue him to come back to Impact Wrestling.

Although he’s not completely closing the door on a possible return, Styles said that he wants to end his career in WWE.

I don’t know what to think about that; you guys know how I feel about that. Yeah, Gallows and Anderson are trying to get me back [in Impact Wrestling] is what they said. Never say never but I also have said that I would like to finish my career in the WWE. So, we will see.

Styles said that Impact has brought in a lot of good talent which might even be a little better than before.

Not to say that they don’t have a lot going on right now. Man, they’ve got some strong talent. Not that they didn’t have good talent before, but they’ve upped it just a little bit more.

The WWE Intercontinental Champion said that he is very happy for his friends Luke Gallows & Karl Anderson. He said that all three of them went through some tough times but now they’re doing just fine.

Man, I am so happy for those guys. I’m happy they’re happy, you know what I mean? ‘Cause there was a tough time there for all of us. So, they’re kicking tail right now anyway.

Gallows & Anderson didn’t anticipate their release from the company and when it happened, a lot of controversy followed. Styles felt guilty about this because he saw himself as their older brother and he felt like he failed to take care of them in WWE.

Ultimately, all three of them are thriving in pro-wrestling currently albeit in different companies. Maybe someday down the line, the Good Brothers and Uncle Allen can once again throw up a “too sweet” in the same ring.