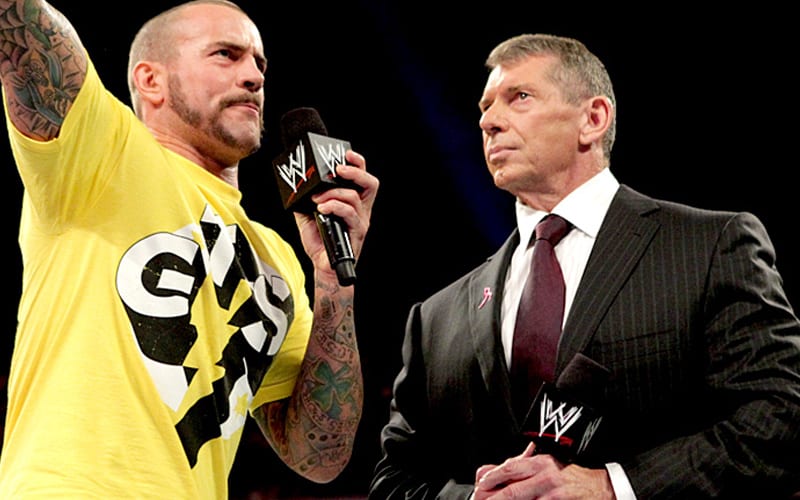 CM Punk walked out of WWE and he hasn’t returned to a ring owned by Vince McMahon since. The closet he’s come so far is on the set of WWE Backstage, and that ring was a part of the FS1 show’s stage.

Although Punk hasn’t returned to WWE, you can never say never in pro wrestling. This old adage might be true, but Vince McMahon’s idea about bringing CM Punk back hasn’t changed yet.

While speaking to Wrestling Inc, Dave Meltzer explained that CM Punk could come back because nothing is irreparable, but it will take Vince McMahon’s mind to change, and that hasn’t happened yet.

“There is nothing irreparable when it comes to wrestling and when it comes to Vince, especially now. The more things go down, the more something like that becomes enticing. But then it’s also up to Punk and does he wanna wrestle? I know that Vince recently, as in a couple of months ago, was pretty adamant in that no, he wouldn’t bring him back. But he always changes his mind when it comes to things and as business gets worse, you’re looking for answers. There are no easy answers so you go to the hard ones and that’s a shot in the dark. How many times can they go back to Bill Goldberg? You know what I’m saying?”

Vince McMahon has brought back plenty of people that fans weren’t expecting to see in WWE again. CM Punk was brought onto WWE Backstage, but his appearances weren’t even plugged much on RAW and SmackDown.

McMahon might still have a bone to pick with CM Punk for walking out on his company. The lawsuit WWE lost.that followed Punk’s appearance on Colt Cabana’s Art Of Wrestling podcast might have also left a bad taste in McMahon’s mouth.