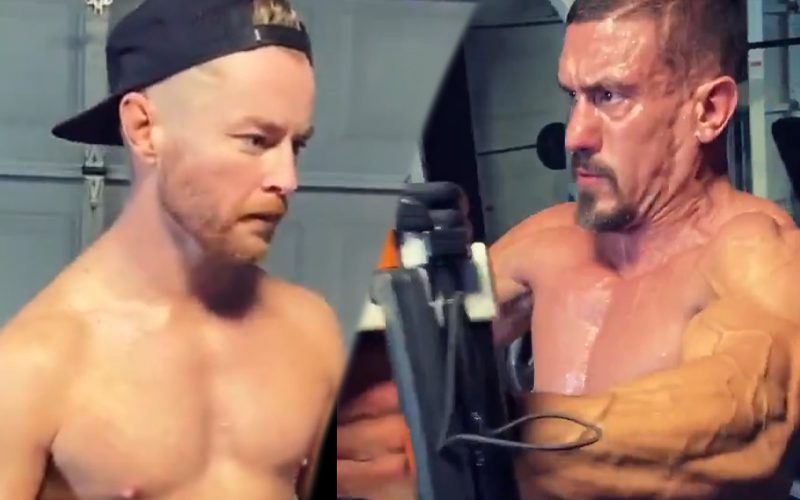 Drake Maverick was released from WWE, but he was eventually given a new contract with NXT. He really was released and looking at an uncertain future, but an emotional promo and the work he put in after that changed things for him.

While speaking to the Gorilla Position, Drake Maverick spoke about his release from WWE and the situation that got him a new contract. He also brought up his best friend EC3 who wasn’t in the same situation that he was where a new opportunity in WWE was available.

Maverick said that he broke into tears when telling EC3 that he wants to stay in the company.

“He wasn’t put in the best position to succeed. Just give the guy a microphone. What he’s done now and created since his release is incredible. What he’s created without a creative team behind it, without a budget behind it, without a global company behind it is masterful. I really wish he was staying. On top of him being one of the best people I’ve ever been in the ring with, he’s also my best friend. He’s also the person I went to and said, ‘I want to stay with WWE.’ I burst into tears when I told him. If I wasn’t staying with WWE, there’s no other person I want to be on the same track with than him. That day was really hard, saying, ‘I’m gonna bust my ass because I want to stay.’ He was a person who wasn’t in the same situation as me.”

Drake Maverick is back in NXT and waiting for his next opportunity. He will continue doing whatever he can in order to prove his dedication to WWE. He is coming off of a hard time in his life both personally and professionally. Hopefully, Drake Maverick will have much happier days to come as he continues to prove himself.

Thanks to FIghtful for the quote