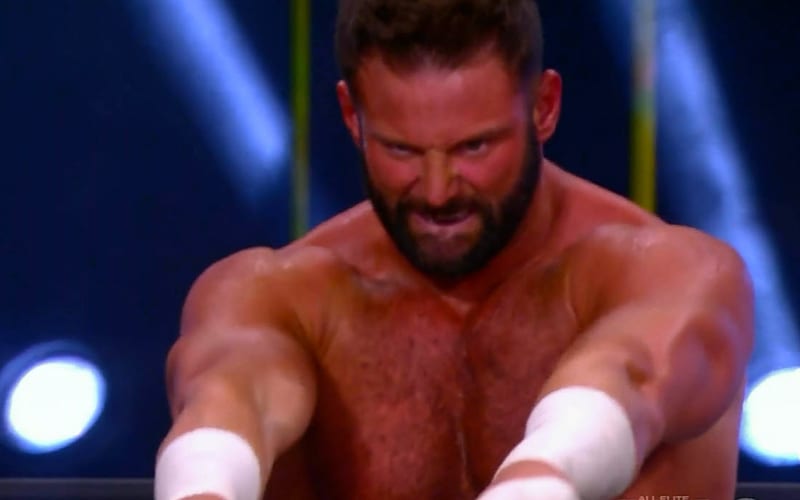 Matt Cardona is no longer in WWE. Now he is with AEW for at least five appearances, but he doesn’t plan on stopping there. His in-ring debut was a success and he even picked up the win after hitting his finisher.

Cardona picked up the pinfall during his AEW debut. He tagged with Cody against the Dark Order on Dynamite this week. Before Matt Cardona made the pinfall, he hit his finisher, but they’ve changed the name for AEW.

His finisher is now called Radio Silence. That is a clever name because it plays off his WWE “Radio” theme song’s name. Now that song is silent because Matt Cardona is on AEW Dynamite. Click here to check out Matt Cardona’s new AEW entrance music.