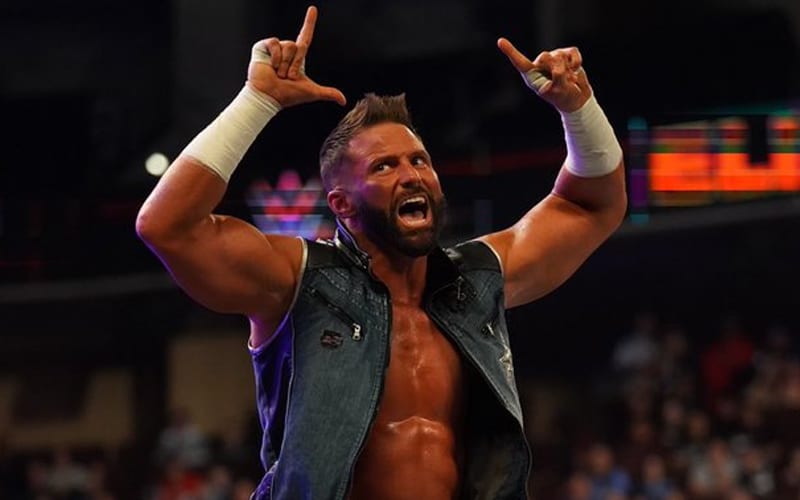 Zack Ryder is no more and Matt Cardona can’t wait to take on the indies. The former WWE Superstar revealed his new entrance music on the day his WWE non-compete clause expired.

Cardona went back to Downstrait, the same band that was behind his Radio entrance music in WWE. They are also the band responsible for Cody Rhodes’s entrance music.

He dropped a big hint that his new entrance music is catchy. Cardona said that his girlfriend Chelsea Green already has the words memorized.

Matt Cardona hit the ground running after he was released. He got right to work on merchandising, getting new gear made, and having this entrance music recorded. Now’s he’s certainly Alwayz Ready.

We’ll have to be a bit patient to see when Matt Cardona’s new music might unexpectedly play next.