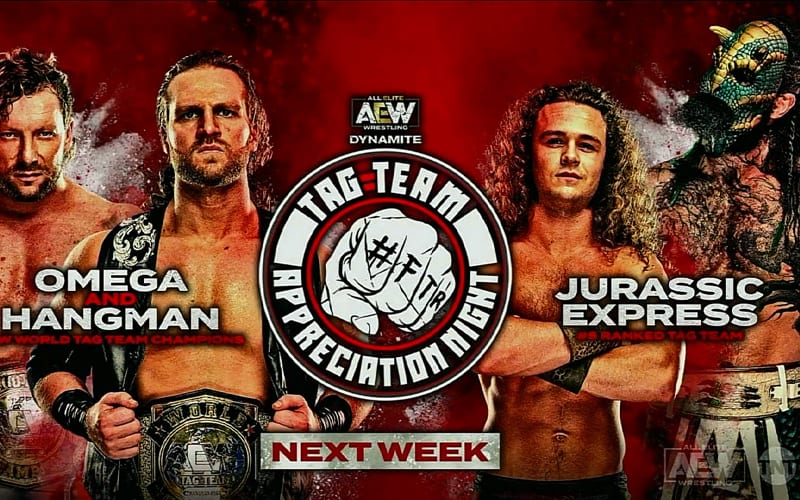 AEW Dynamite will present a special episode next week. It will be Tag Team Appreciation night. FTR made that a part of their contracts, and next week AEW will deliver on that promise.

Cody Rhodes had a little stand-off with Scorpio Sky this week on Dynamite. Next week Sky will get a shot at the TNT Title.

Chris Jericho and Orange Cassidy will also battle next week. That match could get unpredictable because Orange Cassidy is going to show up and actually try.

Two big tag team matches will be on next week’s episode of Dynamite. The AEW World Tag Team Champions will take on Luchasaurus and Jungle Boy. The Dark Order’s Evil Uno and Stu Grayson will also face the Young Bucks.

It was also advertised that the Rock n Roll Express and Arn & Tully will be on next’s week’s show.