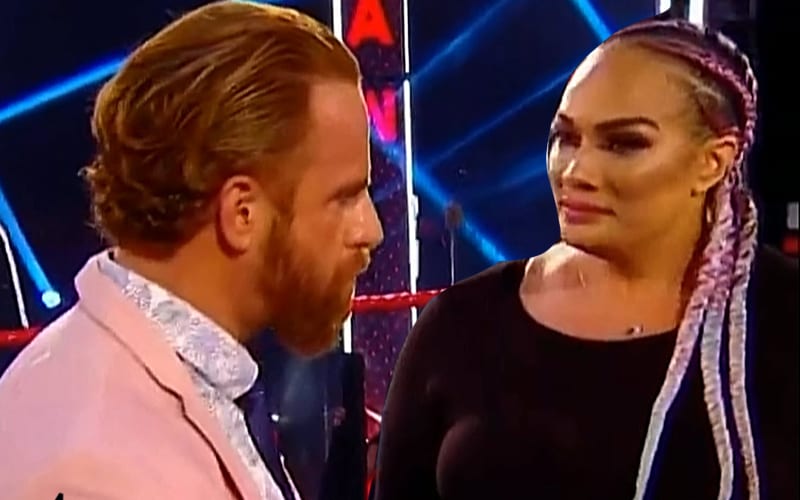 Nia Jax and Pat Buck had a stand-off this week on RAW. It ended with Nia Jax being indefinitely suspended without pay. She wasn’t happy about that at all. Pat Buck seemed to enjoy throwing his authority around a bit.

WWE producer Pat Buck took to Twitter following his segment on RAW. He seemed to have a good time with the situation. He tweeted out: “Let this be a reminder. Never injure a ginger,” along with a photo of Nia Jax giving the double bird.

Naomi commented saying that she’s on Team Pat Buck. This caused Buck to reply saying: “thank you! Knew you’d be a star ten years ago. Glad everyone sees that now!”

Nia Jax is now suspended, but it’s unclear how long she will be actually off television. WWE has made suspensions last a long time, but they have also ignored them in storyline and had the Superstar keep showing up anyway. Nia Jax could be the type to ignore a suspension and show up to work regardless.