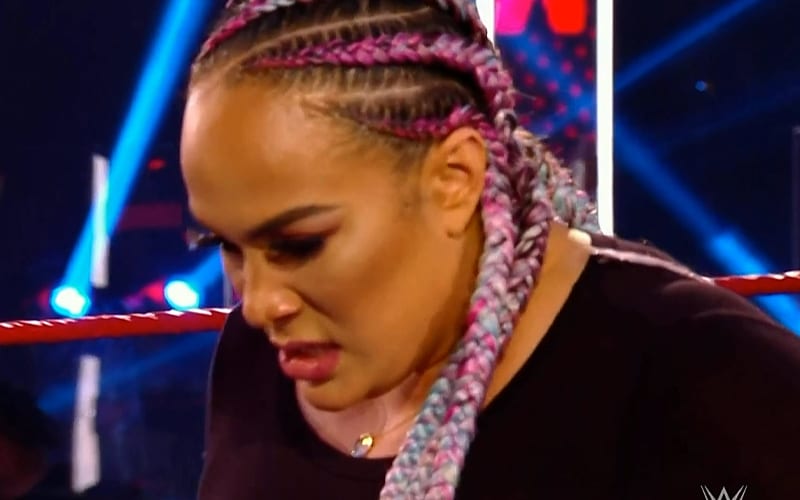 Nia Jax appeared on Raw this week to hash things out with WWE producer Pat Buck. Her time in the ring ended with her being suspended without pay.

Jax was fined an undisclosed amount of money for roughing up WWE producer Pat Bucks last week. This week she went out with him and challenged Buck to a match.

Nia Jax took to the ring and Pat Buck was with her. She was supposed to apologize to him for shoving him down last week. That is not what happened at all.

Nia Jax bullied Buck and insulted him instead of apologizing. Then Buck grabbed the microphone and suspended her indefinitely without pay. Nia Jax was not happy about this at all she left very upset about the entire situation.