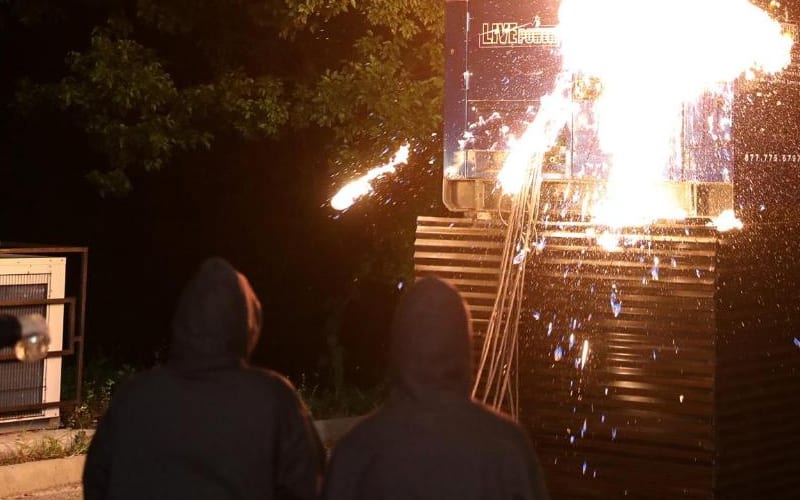 WWE debuted a new faction of Superstars bent on raising chaos. They want to upset WWE at its core and change things from the inside out. Now this new faction has a name.

It’s unclear who is in this new stable of Superstars, but the company revealed that they have a name. This new stable is called Retribution which is a fitting name for a stable that wants to make the company pay for its wrongdoing.

http://WWE.com has learned that the faction behind the attacks last night on #WWERaw is calling themselves RETRIBUTION.

This is an interesting storyline and WWE has handled it very differently. They announced that this stable was coming, and then nobody didn’t realize that the power outages during the show were a part of this new faction’s arrival.

Now we know to call them Retribution. We just have no idea who is in this stable yet.