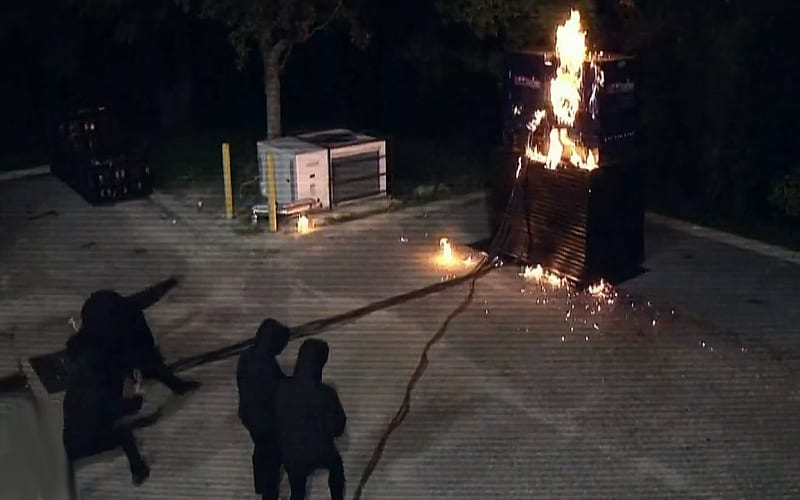 WWE fans were told to expect something very unique this week on Raw, and that is exactly what happened.

The lights started to flicker early on in the show. This was blamed on the weather being bad. They are in Orlando, after all. The lights continued to flicker during the opening United States Title match.

During the Kevin Owens Show, KO’s microphone kept cutting out on him. WWE was experiencing a lot of technical difficulties. Later on, Charly Caruso reported on some fallen boxes backstage. MVP didn’t like the fact that he wasn’t the subject of this report.

Later on, they showed some security camera footage of hooded individuals setting fire to a generator. This was pretty extreme.

This was the last we saw of this new gimmick this week on Raw. It was explicitly noted that this gimmick is not politically motivated. It is very interesting that setting fire to a power generator is how this new mysterious stable is introduced..

WWE is obviously telling a long term storyline with this one. It is definitely getting off to a very interesting start.