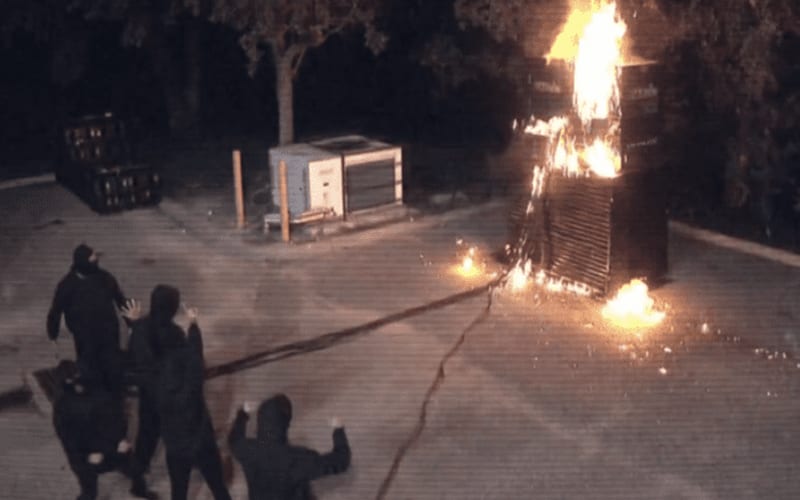 WWE had a big idea that they debuted this week that will be an ongoing storyline for weeks to come. RAW is now the home to a new destructive stable, but we have no idea who they are yet. Was WWE supposed to tell fans about it that early?

After news broke of a new debuting stable, people were interested. WWE’s social media team sent out a tweet to acknowledge the new faction. This got fans excited, but it wasn’t supposed to happen like that.

Fightful reports that WWE’s social media team “jumped the gun” when sending out that message to fans. The weren’t supposed to let everyone know about the faction until later on. It still worked out, but whoever sent out that first tweet from WWE about the faction

WWE is a big company where sometimes the right hand doesn’t know what the left is doing. Thankfully, everything seemed to work out in this instance.