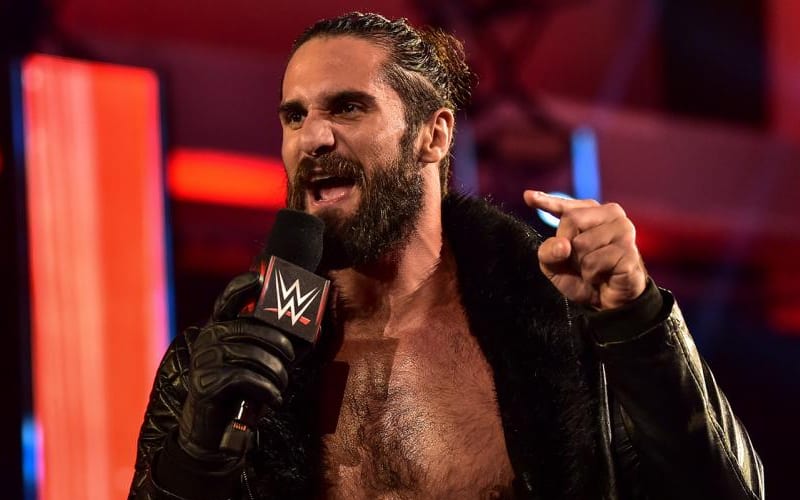 Seth Rollins’ current gimmick was a long time coming. It took him a long time to transition from the Architect gimmick and into the Monday Night Messiah. This was a work in progress that started last year.

While speaking to TalkSport, Seth Rollins revealed how long the Monday Night Messiah gimmick has been in motion. It really kicked into high gear at Hell In A Cell, but there were other traces of it even prior to that.

“If you look at when this whole thing started — really after Hell in a Cell, but in earnest Survivor Series last year — until now, it’s obviously been a work in progress. Trying to figure out who I was at the end of last year and then kind of sinking deeper into the character and the personality, and what my goal is and why I’m doing this. It’s been an interesting process going from where I was to where I’m at now, but certainly it’s been enjoyable and for me — the artistic side of wrestling is something that has always been super fulfilling to me.”

“A lot of people think it’s just the matches and stuff like that, but it’s not. It’s the storytelling and the characters and at the end of the day, that’s the most important thing about what we do. Establishing characters that people care about. I think one way or another, whether you’re on my side or against me, there [are] strong feelings about the ‘Monday Night Messiah,’ so, yeah, it’s definitely something that I’m very proud of and look forward to cultivating as we move forward into this strange year that is 2020.”

Seth Rollins and his disciple Murphy are still going strong on RAW. Austin Theory was around, but he’s been absent from television and not spoken of backstage either.

We’ll have to see what is next for Rollins. He’s well into veteran status as a WWE Superstar and he still has plenty of stories left to tell.