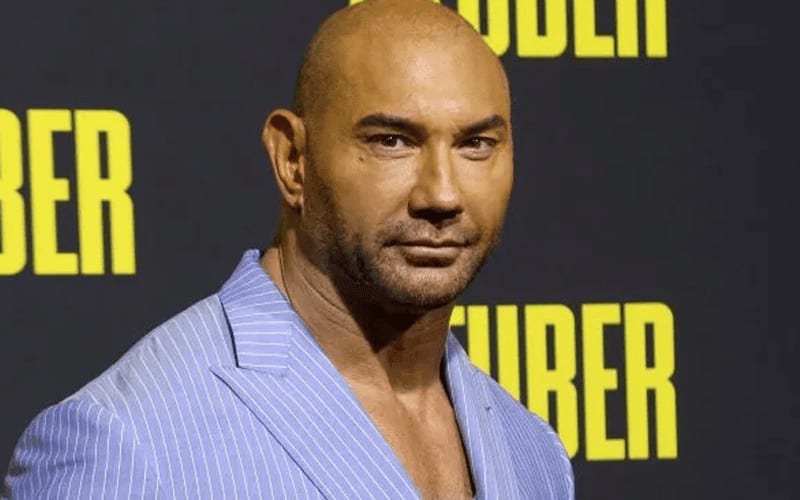 Batista gets to play a lot of very cool roles on screen, but one is not happening for him. He really wanted to play the popular Batman villain Bane. Despite his best efforts it’s not meant to be.

One fan tweeted out that they read an article that speculated Dave Bautista might play Bane. This would be opposite Robert Pattison’s Batman.

The WWE Hall Of Famer tweeted back to inform this fan that it’s not in the cards. He apparently tried really hard to make it happen.

Unfortunately it’s not. Tried my best

It’s unclear why the powers-that-be behind the Batman franchise didn’t want Batista in the role. It could have more to do with the fact that he already plays Drax The Destroyer, a key role in the Guardians Of The Galaxy films.