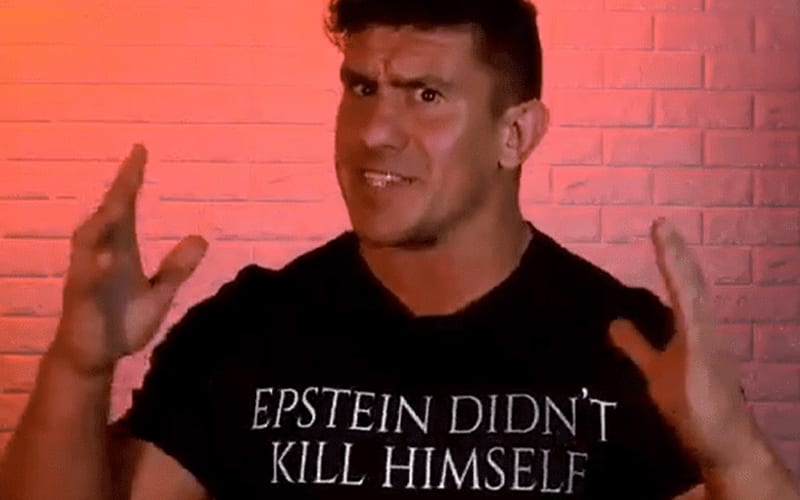 EC3 is controlling his narrative, and he is back with Impact Wrestling. He also recently had a very interesting communication with an official AEW account.

The AEW on TNT Twitter account tweeted out asking fans to “name that wrestler.” This was accompanied by three lines with the third being shorter. Under those lines was a single word each: “Talent, Production, Recognition.”

EC3 replied to this tweet with a graphic of his own. His said: “Name that wrestler” just like AEW’s, only it had lines that resembled EC3’s trademark. Underneath each line was a single word in this instance as well: “Control Your Narrative.”

We haven’t heard anything about EC3’s contract with Impact Wrestling. It’s unclear exactly how long he plans on staying, or what his plans are. That’s the whole point of controlling his own narrative now.