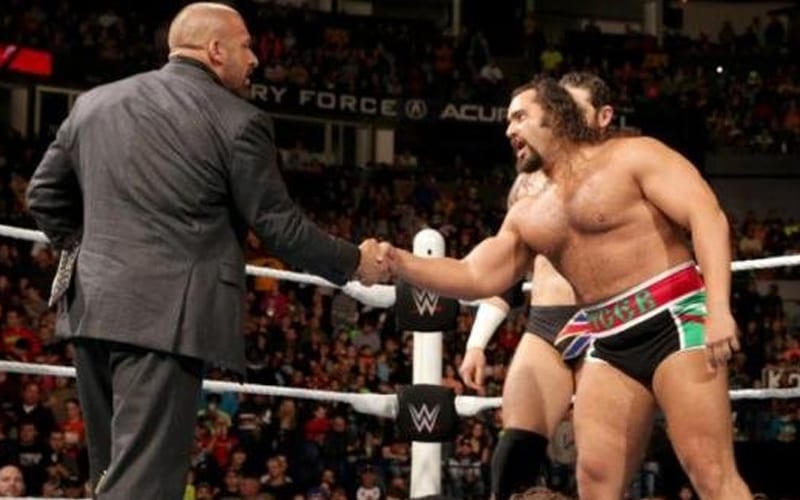 Rusev had his stint in WWE, but he never lost admiration and total respect for those higher than him on the food chain. For example, The Undertaker was always nice to Rusev, but The Deadman still intimidated him.

Miro is now a Twitch streamer and claimed that he left his pro wrestling days behind him. It’s uncertain if he’ll stick to that, but for now he’s making a killing playing games and hanging out with fans on stream.

During a recent Twitch stream, Miro stated that he had so much respect for veterans like Triple H backstage that he stayed away from them. He compared them to “unreachable gods” in respect to where he was on the WWE roster.

“But I just have so much respect for these guys, man. Even Triple H, when he was backstage, I was always kind of keeping my distance because these guys were so high for me, man. They were just like these unreachable gods.”

Triple H commands a lot of respect in WWE due to his corporate position alone, not to mention his accomplishments in the ring. We’ll never know how things might have been different for Miro if he would have decided he was going to be friends with Triple H instead of stay out of his way.