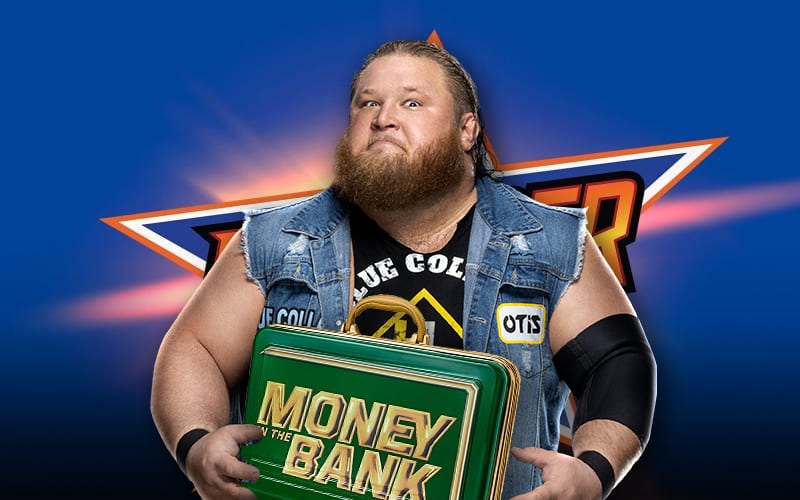 Braun Strowman and Bray Wyatt seem destined to battle at SummerSlam. This was a program first exclusively reported by Ringside News. That match is likely to end a story between the two with a trio of matches. You should never forget about the Money In The Bank contract floating around on SmackDown.

Otis is Mr. Money In The Bank. He hasn’t been on the blue brand for a couple of weeks, but that changes this week. Fans can’t wait for an update on Mandy Rose and Otis. At the same time, Otis probably can’t wait to cash in his Money In The Bank Contract.

Bet WWE currently lists the expected Universal Title match at SummerSlam with odds in Bray Wyatt’s favor. It is expected that Wyatt will win the match and the title during the biggest party of the summer.

The current betting odds show -500 in Wyatt’s favor against Braun Strowman’s +275 odds. Otis is currently listed at +1200 odds to successfully cash in his guaranteed contract and win the Universal Title. There are no odds for Otis cashing in during Drew McIntyre vs Randy Orton’s WWE Title match.

It might not be likely that Otis will snag the biggest win of his WWE career on August 23rd. There’s always Payback on August 30th. If Otis does successfully cash in during SummerSlam he’s going to make some very rich bettors.